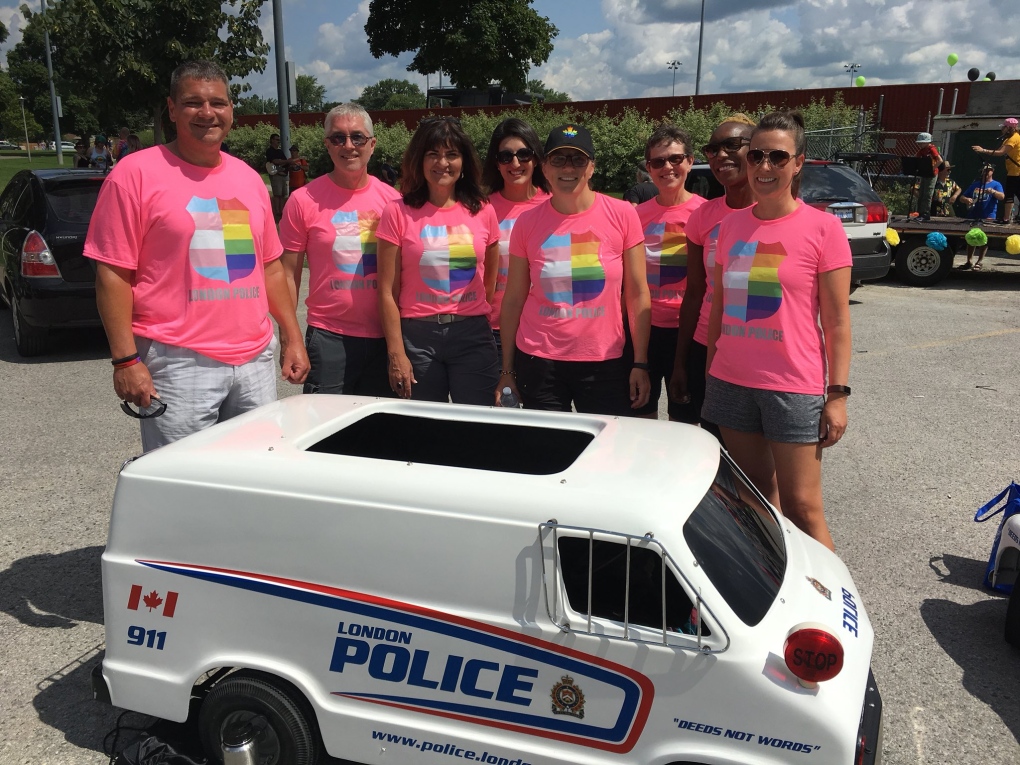 London police officers marched in the Pride London parade Sunday but not in uniform.

Instead, officers wore pink shirts made for the parade. On the T-shirts was a badge with trans and pride colours.

There were numerous officers from London in the parade and they were joined by RCMP, OPP and Strathroy-Caradoc police, as well as corrections officials.

"There is bit of disappointment about not wearing our uniforms," Pare said. "Some members have spoken up about how its impacted them. We're looking forwad to continued discussions with pride."

Last April, Pride London said some of its members were concerned about officers in uniform attending.

Pare said at the time that his force wants to make the parade more inclusive and remove any barrier for people to participate.

Large crowds were on hand Sunday to watch the parade.

During the procession, a couple got married on a float amid many congratulations.