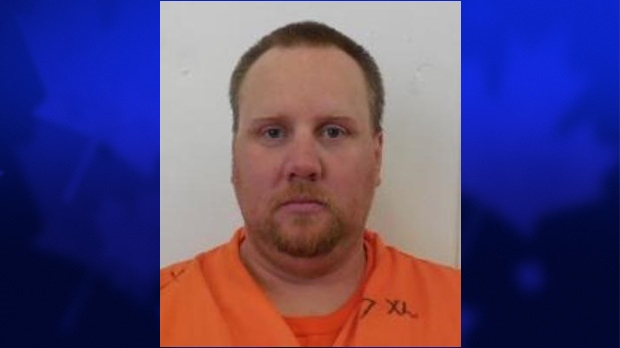 London police have released this photo of Edward Kelly.

Londoners are being warned about the release of a convicted sex offender with HIV who intends to live in the city.

London police issued a warning about Edward Alan Kelly, 39, who was diagnosed in 1997 as having the Human Immunodeficiency Virus (HIV). He is being released from custody on Saturday.

Kelly received an order by the Medical Officer of Health to abide by a number of conditions, including that he inform his sexual partners that he is infected with HIV and that he not have unprotected sexual contact with anyone.

In 2003, London police investigated an allegation that resulted in Kelly being charged with aggravated sexual assault. On April 17, 2003, the London Police Service released his personal information, including his photograph, to alert the public that he had been charged with aggravated sexual assault and that we believed there were more victims throughout southwestern Ontario. More victims came forward.

Kelly has since been convicted of five aggravated sexual assault offences. Police say Kelly befriended women, often through internet dating sites, and developed intimate relationships with them without disclosing his condition, resulting in his criminal convictions.

Police say Kelly has been assessed as being at moderate to high risk to reoffend.

He will be released on Saturday, after serving a federal prison term. Since his sentence has been served in full, he cannot be bound to conditions of parole.

Police are not releasing the address where Kelly intends to reside.

Further information about Kelly’s criminal record is confidential. In the vast majority of cases, no information about a former inmate's history is released. However, London police issued the warning, believing the immediate safety of the general public outweighs the need to maintain the usual anonymity afforded persons released from an institution after completing their sentence.