Police to increase presence ahead of Aylmer, Ont. church service 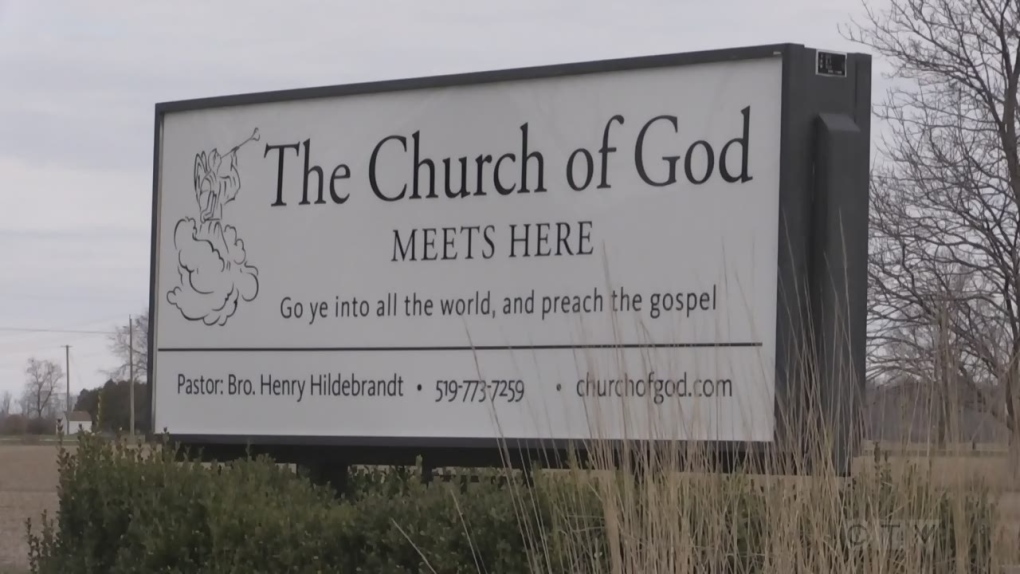 LONDON, ONT. -- Aylmer, Ont. police are asking the public - including churchgoers - to follow the current restrictions and emergency orders this weekend during a planned drive-in service

The Church of God on John Street North in Aylmer is planning another drive-in service Sunday for its members.

Last weekend a drive-in service resulted in a gathering of attendees both outside and inside the church building, resulting in dozens of tickets being handed out by Aylmer police.

In preparation for this Sunday's service, Aylmer police sent out a media release Friday asking those who plan to attend to lead by example and to abide by the provincial emergency orders.

They are aslo asking the general public to "exercise patience and avoid non-essential travel."

Police say they are increasing their presence this weekend and plan to respond to any violations that may take place.

Chief Zvonko Horvat added in the statement, “We are asking citizens and leaders in our community to be part of the solution and not a problem by abiding by the current restrictions to protect our community.”

When asked about the Church of God during an interview on Newstalk 1290 CJBK, Ontario Premier Doug Ford also asked everyone to cooperate with provincial orders.