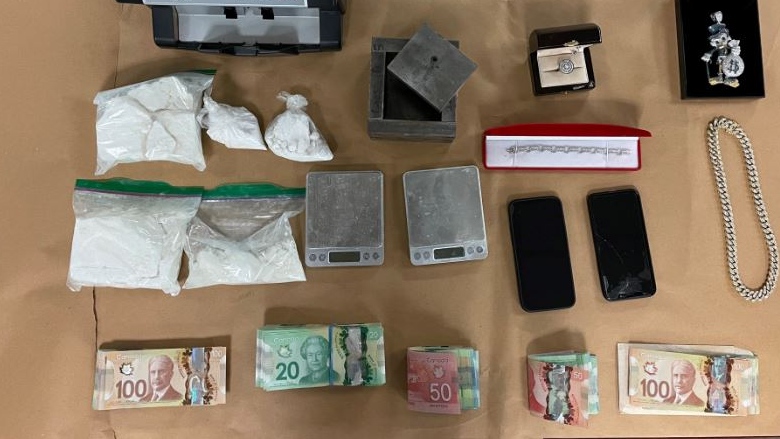 Drugs and other items seized during a London police search warrant on March 5, 2021. (Supplied)

LONDON, ONT. -- London police seized over $109,000 worth of cocaine along with weapons and other items during two raids on homes last week.

Two London residents have been charged with trafficking and weapons offences.

They will appear in court May 28.