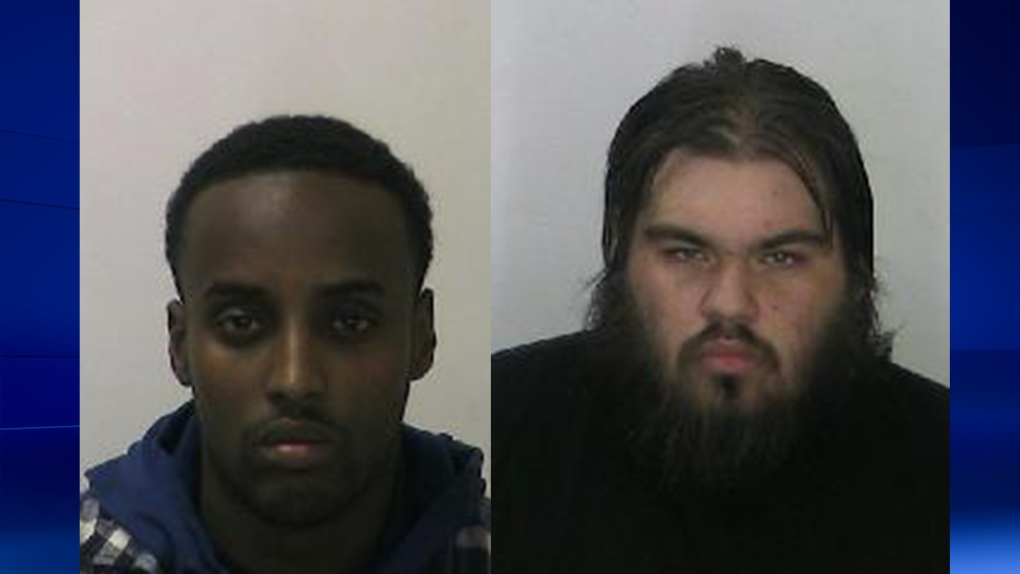 London police have released the names of two suspects they are looking for in connection to a downtown shooting on Friday.

Samater Ali, 26, and William (Billy) Dwayne MacDonald, 25, both of London are wanted in connection to the shooting that occurred at 198 John Street Friday morning.

They have been charged with the following:

Police have not released the identity of the male victim who remains in critical condition. Police say the victim and accused men are not known to each other.

Anyone with information about the incident itself is asked to contact the London Police Service at 519-661-5670 or Crime Stoppers at 1-800-222-TIPS.