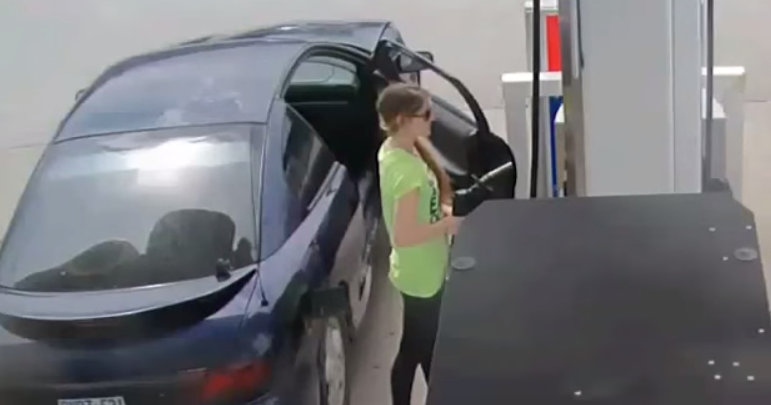 Sarnia police are asking for the public’s help identifying a suspect involved in a gas theft.

Police say on June 25, just before 11:00a.m., a woman pumped gas into a car at a gas station located on DeGurse Drive.

She was a passenger in the car and no one in the car made an attempt to pay for the purchase.

The license plate, which is visible in a video released by police, had been reported as a stolen vehicle in Sarnia.

Lambton OPP had been involved in a short pursuit with this vehicle, but called off the pursuit in the interest of public safety.