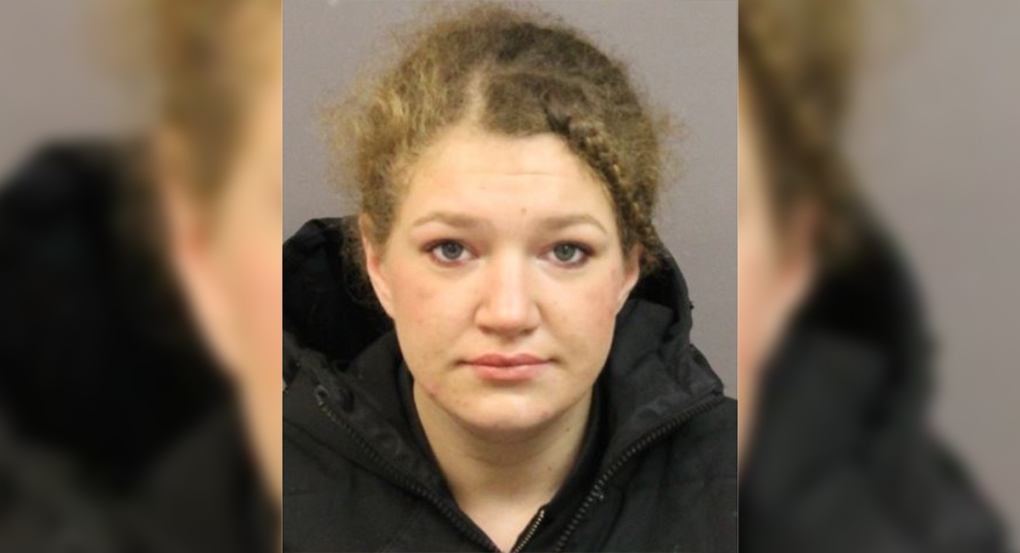 Josafina Maloney, 25, is seen in this photo released by the London Police Service.

LONDON, ONT. -- Police are searching for a suspect in an alleged home invasion in the 100 block of King Street in London.

Just after 11 p.m. Sunday, a 39-year-old male heard a knock at his apartment door.

While the victim did not answer, the suspects allegedly falsely identified themselves as officers, forcing their way into the residence with a hatchet and a pipe.

The suspects allegedly assaulted the victim and stole property before the victim escaped and contacted police.

One of the suspects was arrested, while police continue to search for a female involved in the invasion.

Both the 24-year-old male and 25-year-old female suspects of London have been charged with robbery with violence, aggravated assault, breaking and entering and personating a peace officer.

The male suspect is scheduled to appear in court Wednesday.