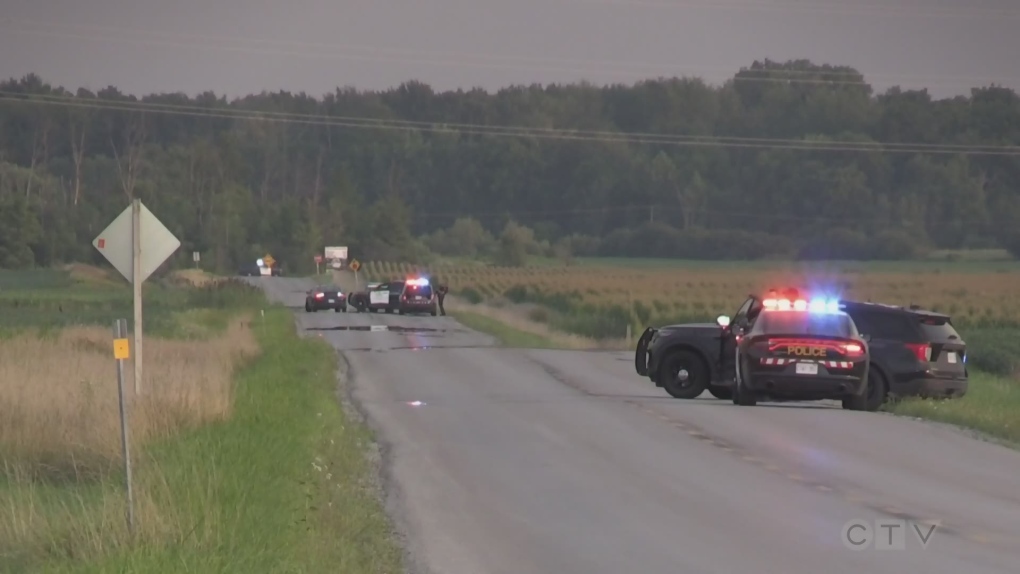 Three people have been arrested after an armed break and enter, according to police. Aug. 17, 2022. (Bryan Bicknell/CTV News London)

Three suspects are in custody following a break and enter on Wednesday, according to police.

Middlesex OPP responded to a home on Bells Road in Middlesex Centre for a break and enter in progress just after 9 p.m. Wednesday night.

According to police, two unknown, masked suspects entered a residence with a firearm and a bat.

They were confronted by the homeowner who fled the home and called police.

Multiple officers attended the area as the two suspects fled on foot and a third fled the area in a vehicle.

Police did find the suspect vehicle and performed a traffic stop where the driver was taken into custody.

The OPP K-9 unit found the other two suspects not far from the residence where they were taken into custody.

The firearm has been recovered by police and the investigation is ongoing.

Ontario education workers vote 96.5 per cent in favour of strike

Ontario education workers such as custodians, early childhood educators and school administration staff have voted 96.5 per cent in favour of a strike, the Canadian Union of Public Employees announced Monday.

More than 20,000 Nova Scotians still in the dark 10 days after Fiona, most schools reopen

Hurricane Orlene made landfall on Mexico's Pacific coast near the tourist town of Mazatlan on Monday. Orlene lost some strength after roaring over the Islas Maria, a former prison colony being developed as a tourist draw.

The federal government has begun its search for an organization to administer an endowment fund aimed at bolstering the economic and social well-being of Black Canadians.