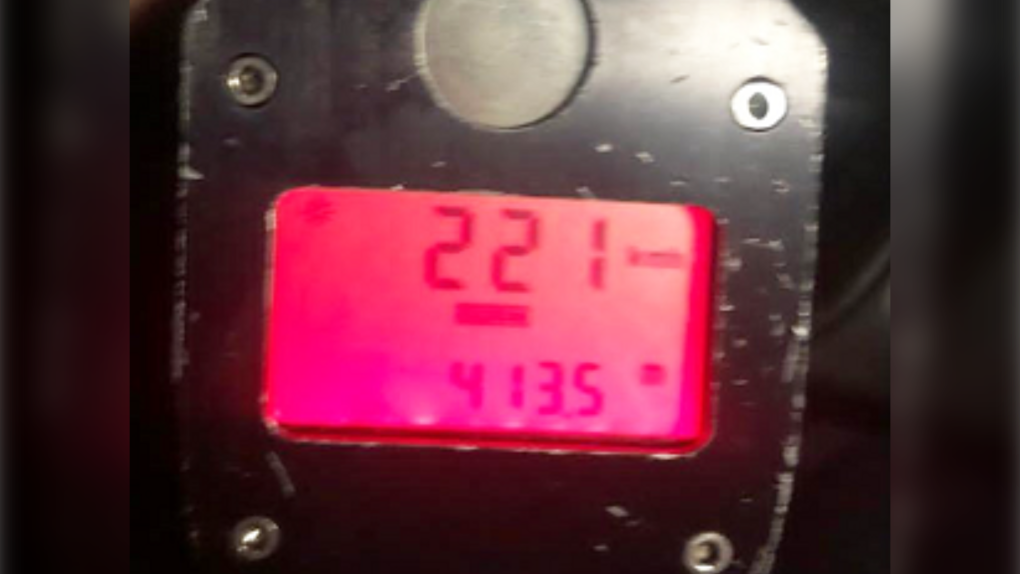 LONDON, ONT. -- Charges have been laid for alleged speeding and racing over the past few days.

A 64-year-old from Stratford was charged with allegedly travelling at a 'high rate of speed' above the posted 90 km/h zone in Huron County on Monday.

The individual who was allegedly caught driving in excess of 140 km/h, was observed by an officer patrolling the North Line east of Walton.

The driver was charged with stunt driving – excessive speed and is expected to appear in court in July.

Another individual was stopped by London police Tuesday on Wellington Road near Westminster Drive.

The 22-year-old driver, who was allegedly travelling 135 km/h in a 70 km/h zone, was charged with stunt driving along with not having a muffler.

In both cases, the individual's license and vehicle was seized for seven days.

A member of our Traffic Management Unit caught this 22-year-old driver travelling 135 km/hr in a posted 70 km/hr zone on Wellington Road near Westminster Drive. Charged with stunt driving and no muffler - his licence and vehicle were seized for seven days each. #ldnont #SLOWDOWN pic.twitter.com/YoZ4rplu1n