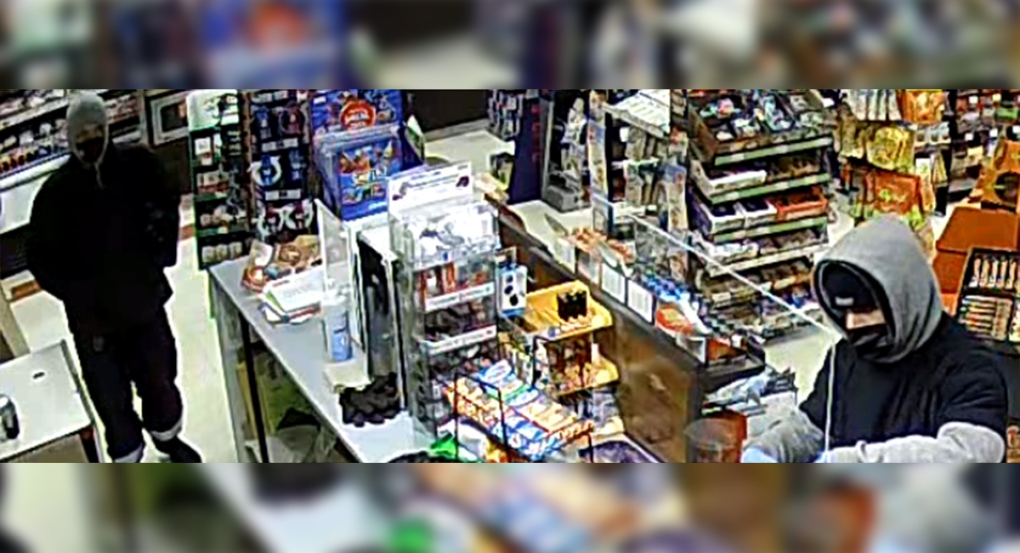 Suspects in a convenience store robbery in London, Ont. on April 27, 2021.

LONDON, ONT. -- London police are appealing to the public for help in identifying two suspects in a convenience store robbery from last week.

One of the men had a knife and demanded lottery tickets and cash from the clerk.

According to police the men stole cash, tickets and other property.

Police have released the following descriptions: