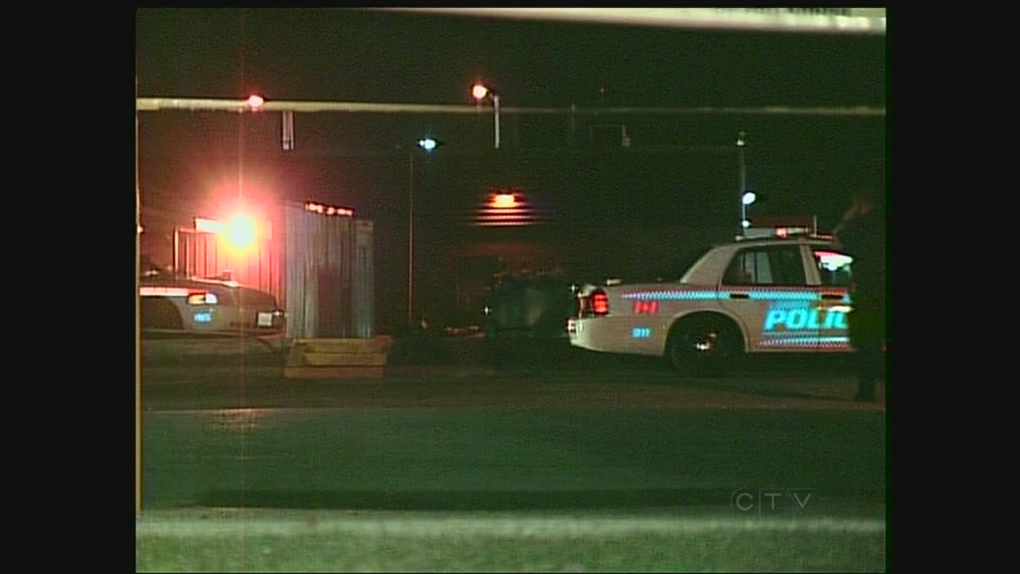 London police investigate after a body was found at a hotel in south London, Ont. on Sunday, Sept. 9, 2013.

London police have released the identity of a 20-year-old Orangeville man killed in a south London hotel.

Police say Alex Fraser died as a result of a stabbing and his body was dismembered. The post-mortem examination on the victim is continuing.

James McCullough, 20, of Orangeville, has been charged with one count of second-degree murder and one count of committing an indignity to a human body. He remains in custody and is scheduled to appear in court Wednesday by video.

Police responded to a call from the Travelodge Hotel at 800 Exeter Road on Sunday. Officers say they found Fraser’s body and McCullough was arrested.

Anyone with information in relation to this incident is asked to call the London Police Service at 519-661-5670 or Crime Stoppers at 1-800-222-TIPS (8477). Information can also be sent in on-line anonymously to www.londoncrimestoppers.com.