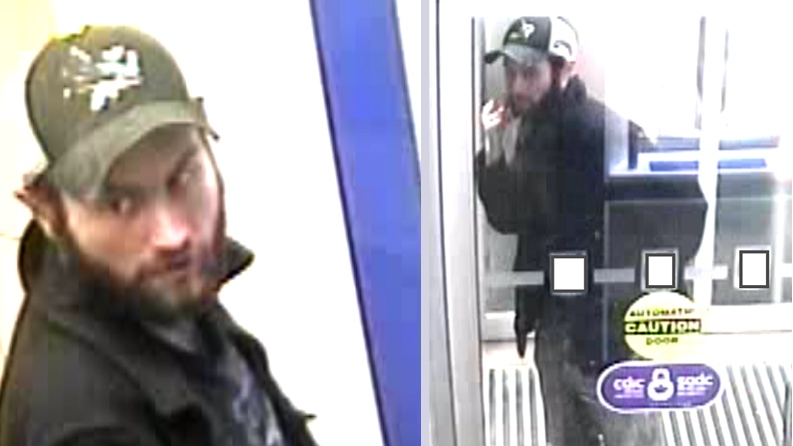 LONDON, ONT -- London police are hoping images of a suspect in a north London sexual assault will help lead to an arrest.

On Feb. 21, a woman reported that she was sexually assaulted in the entrance of a north-end business.

According to police the assault occurred inside a business near the intersection of Adelaide Street and Fanshawe Park Road.

The victim was approached by an unknown man after hours inside the business. The suspect allegedly exposed himself and touched her inappropriately before she was able to flee.

The victim did not sustain any physical injuries in the assault.

The suspect is described as white, 25-35 years old, approximately six feet tall, with a thin build and dark-coloured short beard.

The suspect was last seen walking northbound toward Fanshawe Park Road from the business on Adelaide Street.