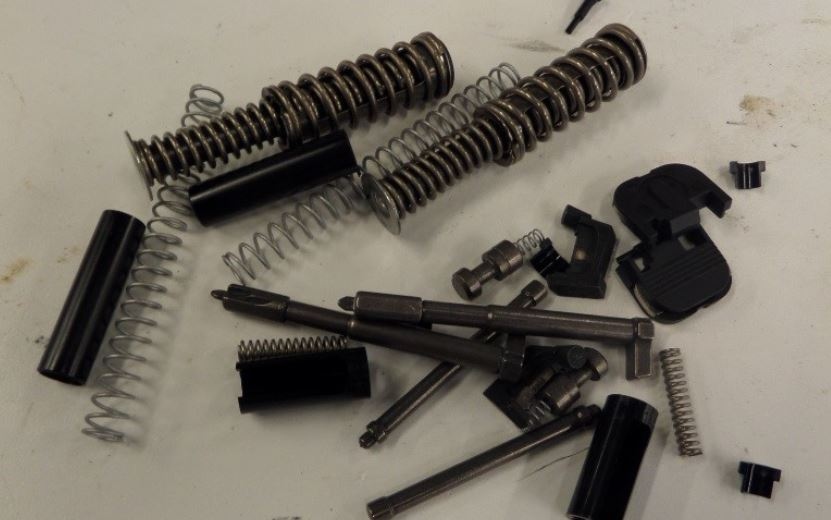 Firearm, magazines and gun parts were seized following a raid at a Shelborne Street residence and a storage facility. (Source; London police)

A 30-year-old London man has been charged with several firearms offences following a raid at a home on Shelborne Street and a storage unit.

Police were notified by the Canadian Border Services Agency about suspicious packages heading to two addresses in London.

After getting warrants they entered the home on Shelborne and a self-storage facility in central London.

The man is charged with