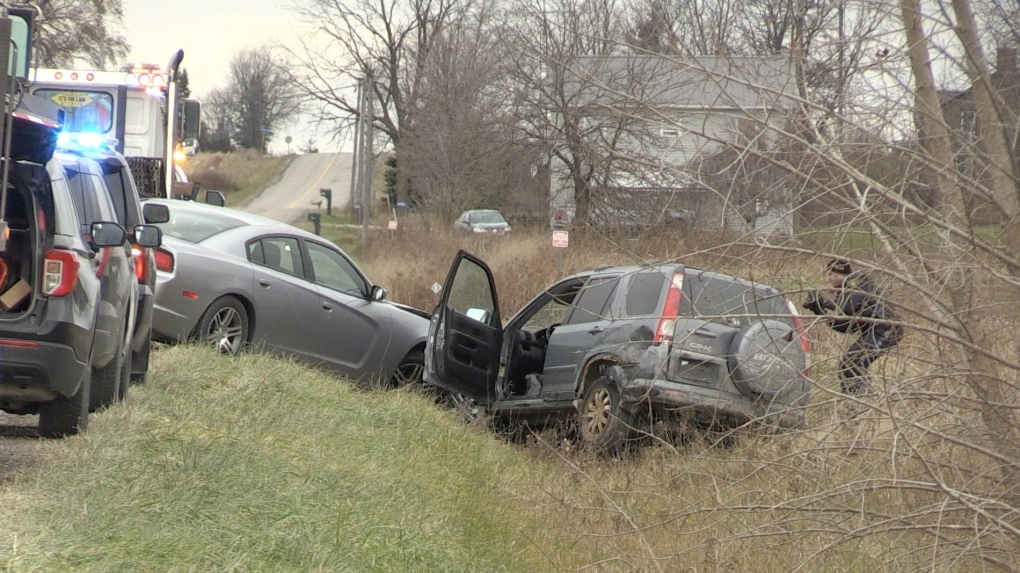 Two people have been arrested after an hours-long police pursuit that started in Woodstock, Ont. and ended near Aylmer.

Woodstock police say they responded to the area of Harford Street around 10 a.m. Friday for reports of a suspicious vehicle.

In an effort to stop the vehicle, officers put down a spike belt, but in order to avoid it, the driver struck a police cruiser before leaving Woodstock and entering Oxford County.

OPP picked up the pursuit in the area of Lake Whittaker Conservation Area on Avon Road in Middlesex County.

Provincial police say the vehicle did not stop, proceeding through Middlesex and Elgin counties.

The vehicle eventually came to a sudden stop in the area of Mapleton Line and Dorchester Road just before 1 p.m., where an OPP cruiser was also struck.

Woodstock police confirm a male driver was arrested and OPP say a female passenger was also taken into custody.

Both were taken to hospital by paramedics for a medical assessment. No officers were injured.

Woodstock police have charged the driver with:

OPP say further details will be provided when they become available.