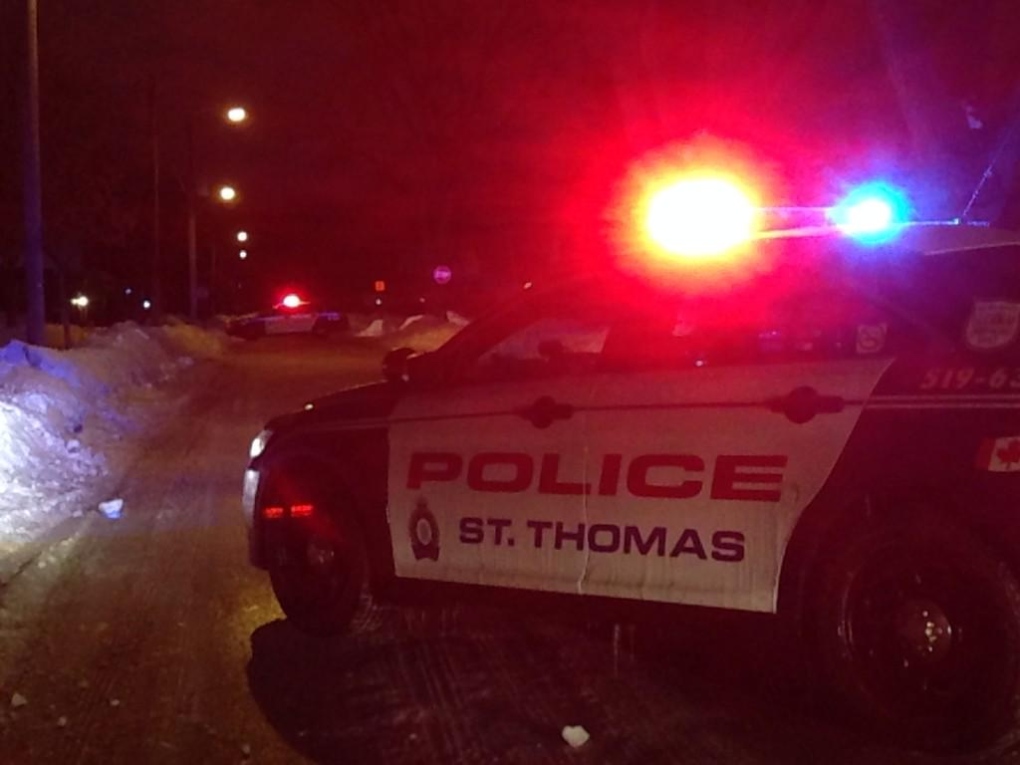 Police are on Myrtle Street dealing with a standoff on Sunday, February 8, 2015. (Colleen MacDonald / CTV London)

St. Thomas police spent much of Sunday dealing with a man holed up in a home on Myrtle Street.

Police were called to the home between Fourth and Third avenues just before 2 p.m. after being advised by EMS to check on the welfare of a 38-year-old man.

Police say when they arrived the man refused to leave the home and threatened to harm himself and anyone entering the residence.

After hours of talks, police were finally able to get the man to leave the house.

He was apprehended without incident unter the Mental Health Act and taken to hospital for assessment.

No criminal charges have been laid at this time and police say there was no one else inside the home.

Streets around the area were blocked off for several hours.