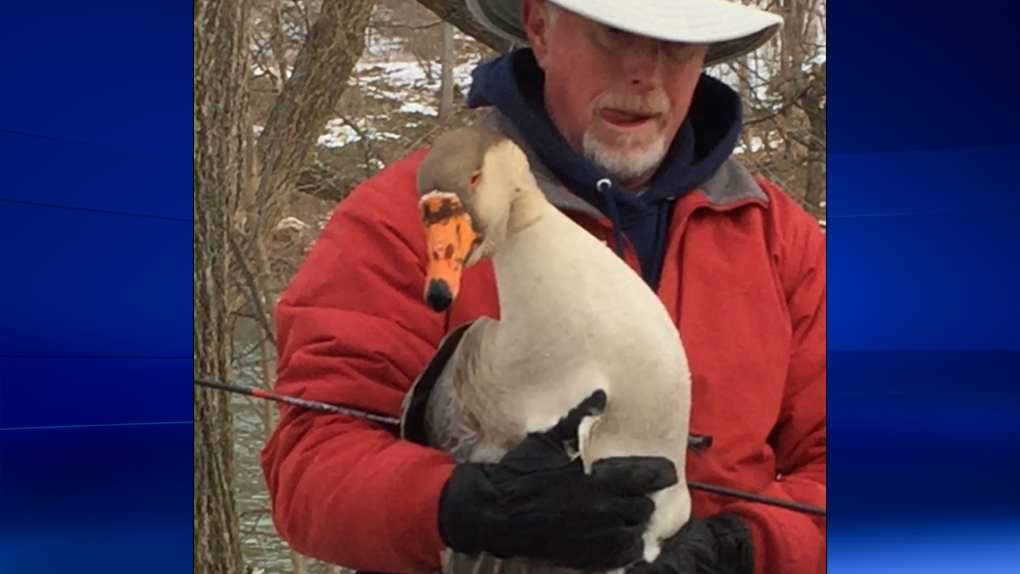 Police are investigating after a goose was found with a target arrow shot through it at Springbank Park.

Police, fire and a member of Salthaven Wildlife Centre were at the park Thursday morning trying to contain the goose – given the nickname of Bruce – who was on an island in the river.

Fire services had its marine unit on hand, but it was not needed.

"At this time, I can confirm that a goose was found shot with an arrow in that area and was promptly given to an animal rescue agency for further care," says London police Const. J.P. Loberto.

"It is still under investigation."

Debbie Parks, who sometimes feeds the goose at her nearby home, says she was able to help by enticing the goose with corn.

"He knows the sound of my voice. He's a real character."

She says the goose has been in the area for more than 10 years.

The waterfowl was taken to Salthaven Wildlife Centre for further care.