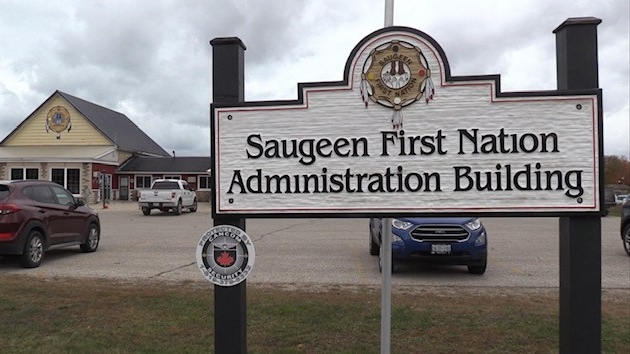 WINGHAM, ONT -- A forensic financial investigation is underway into the finances of the Saugeen Ojibway Nation(S.O.N), located in Bruce County.

The Indigenous band’s accountants say they couldn’t complete their year end audit of the S.O.N. Financial Corporation because of “incomplete financial reporting.”

The president of the the S.O.N. Financial Corporation, which manages millions of dollars in equity from the Bruce to Milton hydro line, ordered a third party forensic financial audit on March 12th.

The situation is also being monitored by the Neyaashiinigmiing First Nation Police and the Ontario Provincial Police.

The amount of “incomplete financial reporting” has not been disclosed by S.O.N leadership.

S.O.N leadership say they “are taking this situation extremely seriously,” and will “address this issue as transparently and completely as possible.”

Yearly dividends from the Bruce to Milton hydro line, which are managed by the Saugeen Ojibway Nation Financial Corporation, were to designed to reach as much as $1.4 million annually, back in 2015, when the initial deal was signed.

The Saugeen Ojibway Nation’s traditional territories occupy most of Midwestern Ontario, stretching from Goderich to Tobermory.

Here is a link to the Saugeen Ojibway Nation’s news release on the matter.