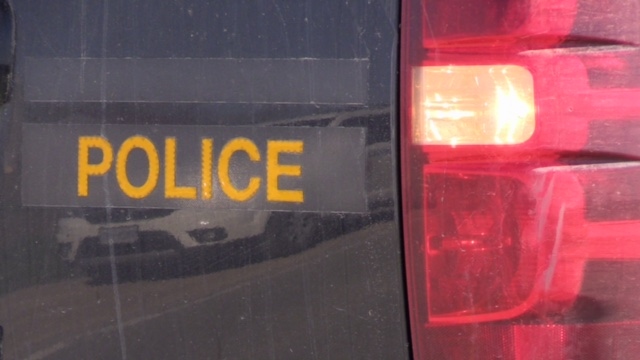 Middlesex OPP are investigating close to a dozen break-ins and thefts at various locations throughout the county.

The break-ins date back to December and OPP are asking anyone with information on any of them, to contact police.

There are current investigations underway in these incidents:

Between December 14 and January 4, a shed door was damaged at a rural property on Fifteen Mile Road, in Middlesex Centre, and two dirt bikes were stolen.

Between 10 p.m. on January 4, and 7:30 a.m. on January 5, a garage door remote and cell phone were stolen out of a vehicle which was parked at a residential property on Kilworth Park Drive, in Middlesex Centre. The garage was then entered and keys for another vehicle were stolen.

Between 8 p.m. on January 7  and 10 a.m. on January 8, a window was damaged at a commercial property on Woodhull Road, in Middlesex Centre and access to the interior of the building was gained. Canadian currency was stolen.

In the early evening hours of January 13, a window at a rural residential property on Ilderton Road in Middlesex Centre was damaged and the interior of the residence was accessed but nothing was removed.

In the early evening of January 15, a window was forced open and access to the interior of a residence on Trafalgar Street, in Thames Centre, was gained. The culprit(s) were interrupted by the resident and fled in an unknown vehicle. A television, medication, and a GMC pickup truck (which has since been recovered) were stolen.

In the early morning hours of January 16, an insecure garage and cars therein were entered at a property on Dundas Street, in Thames Centre. Then the culprit(s) damaged a window and gained access to the interior of the residence, where they stole a wallet, and were interrupted by the homeowner before fleeing in unknown vehicles.

Sometime between 2 a.m. and 6 a.m. on January 20, culprit(s) accessed the interior of a business through an insecure door at a property on Main Street, in Lucan Biddulph. Canadian currency was stolen.

In the late evening of January 23, a fence was damaged, and the interior of a secure compound was entered at a commercial retail business on Hyde Park Road, in Middlesex Centre. Tires and a snow blower were stolen.

On the afternoon of January 26, culprit(s) accessed the interior of a garage through an insecure door of a property on Bridge Street, in Thames Centre. No property was stolen.

In the early morning of January 29, culprit(s) attended a rural property on Westminster Drive, damaged a window, and gained access to the interior of a commercial outbuilding. Saw blades were stolen. They also accessed the interior of an insecure garage and stole a backpack out of a vehicle parked inside.

•        The more private an area is, the more likely it is to attract the attention of a criminal – trim trees and shrubs that block sight lines to your windows and doors

•        Install outside lighting to eliminate dark areas around doors or windows

•        Every entrance way should have a convenient way of clearly seeing who is there without opening it. For most doors this will require the installation of a wide-angle lens peephole or door scope

•        Glass within 40 inches of a door lock can be broken and a criminal can reach inside to unlock the door. The security of windows can be improved by adding a polycarbonate window film

•        Most window locks are easily broken. Criminals target sliding windows and double hung windows as they are easy to jimmy open. To prevent quiet entry, drill a downward sloping hole through the top of the bottom sash and into (but not through) the bottom of the top sash. Insert a pin or nail in this hole to prevent the opening of either sash. Casement windows usually have secure latches. Make sure your latches are strong and tight fitting.

•        Thefts from garages are one of the most common yet easily prevented crimes.  Keep garage doors closed and locked, and ladders in the garage