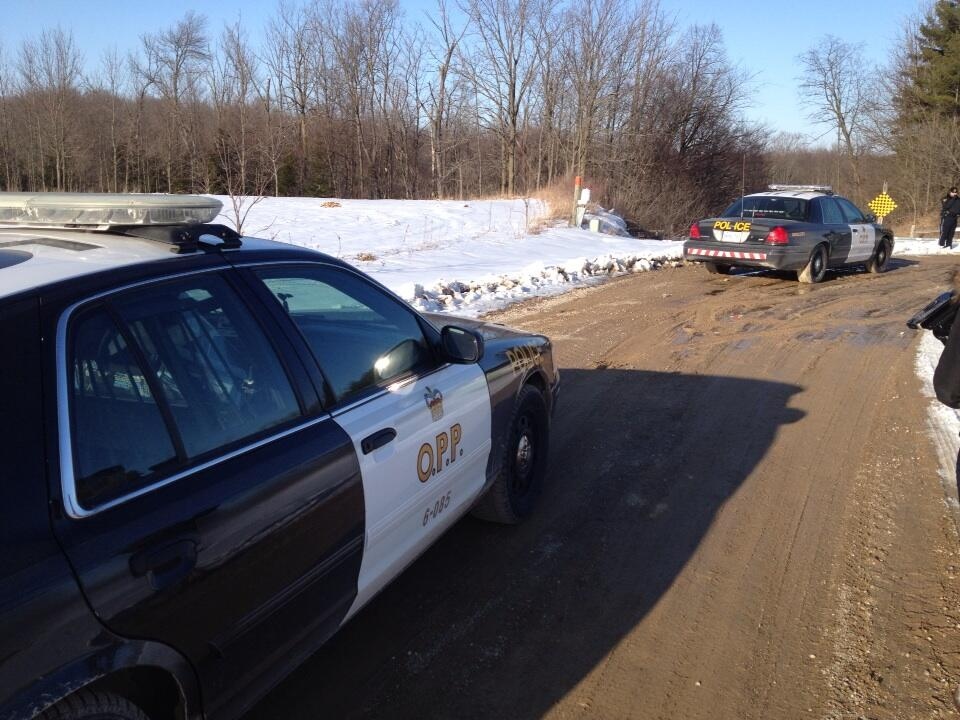 OPP are investigating after a body was found at the Whittaker Lake Conservation Area southeast of London, Ont. on Tuesday, March 5, 2013. (Daryl Newcombe / CTV London)

Provincial police are investigating after a body was found at the Lake Whittaker Conservation Area in Harrietsville on Tuesday afternoon.

Middlesex OPP were called to the scene around 3:30 p.m. after someone walking along a park trail found a female body.

The 19-year-old woman was transported by ambulance to hospital in Ingersoll, Ont. and pronounced dead.

Forensic investigators are at the scene and police say at this point it is unclear if foul play was involved.

The conservation area, southeast of London, is part of the Kettle Creek Conservation Authority.