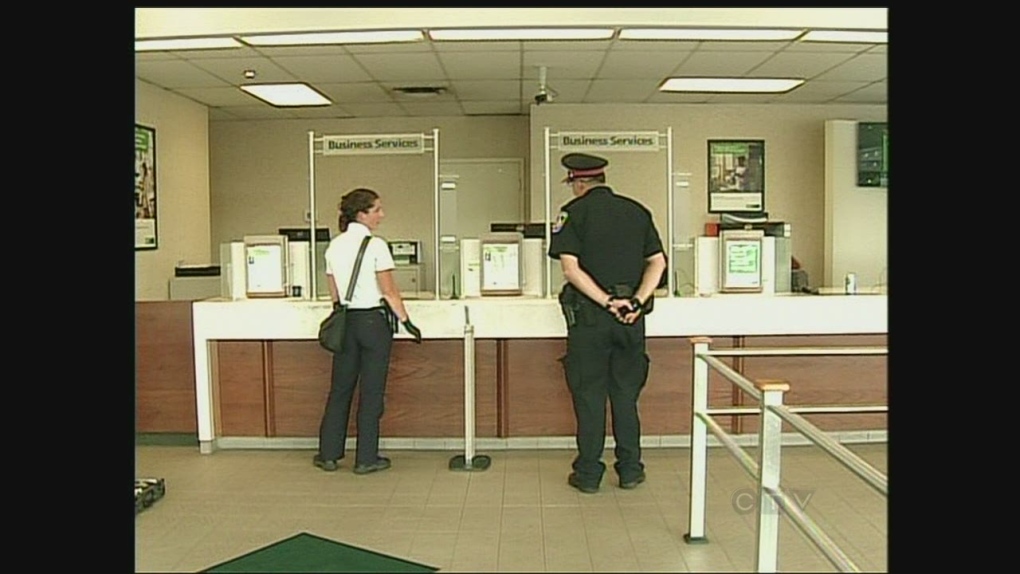 Police investigate after a reported robbery at a TD Canada Trust branch in London, Ont. on Friday, July 19, 2013.

Officers were called to the scene in the White Oaks area of London around 1 p.m. on Friday.

The suspect allegedly gave a teller a note and was given an undisclosed amount of cash before fleeing the building.

No weapon was seen and no injuries were reported.

The suspect was last seen getting into a cream or silver older-model Chrysler minivan, which headed eastbound on Bradley Avenue.

He is described as a white male, approximately 30 years of age, 6’0” tall with a heavy build. He was wearing a dark ball cap, dark or black sunglasses, a dark grey jacket with a logo on the front and light grey track pants.

He was captured on video surveillance, but it’s unclear if that footage will be immediately be made available to the media.