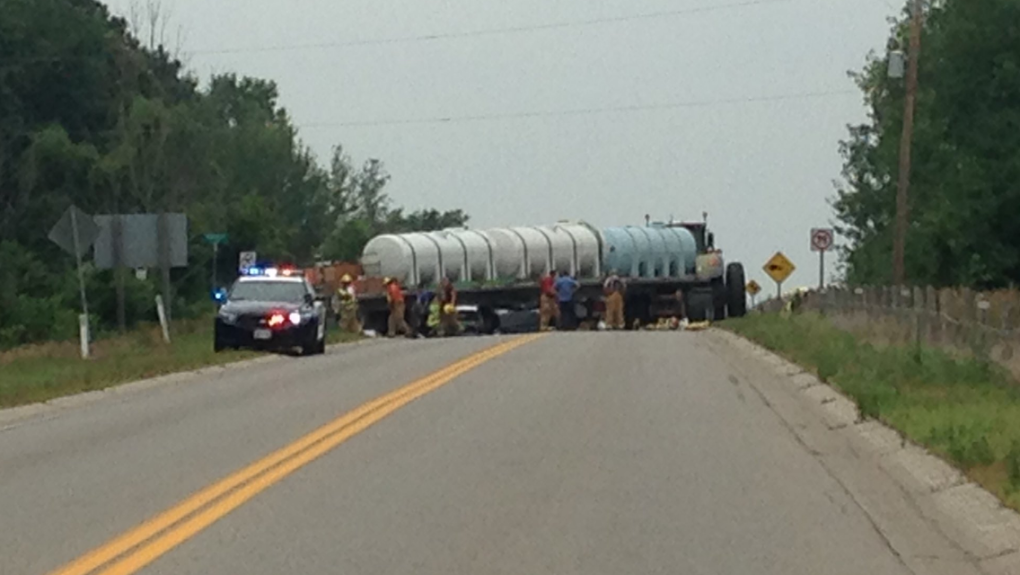 The female driver who died following a crash on Glendon Drive has been identified as Rachel Joris, 26, of Mt. Brydges.

Around 10:30 a.m. Thursday, a vehicle collided with a transport truck on Glendon near Troops Road.

The tractor was hauling a 53’ trailer containing 3 spray tanks. As the tractor was pulling onto the roadway, an eastbound vehicle came over the train overpass and struck the middle of the trailer.

Joris was sent to LHSC suffering from very serious injuries and pronounced dead at the hospital.

Strathroy-Caradoc Police are on scene and have shut down the road from Parkhouse Drive to Springwell Road for the investigation. It's expected to last 6 hours.

Police are asking motorists to avoid the area.