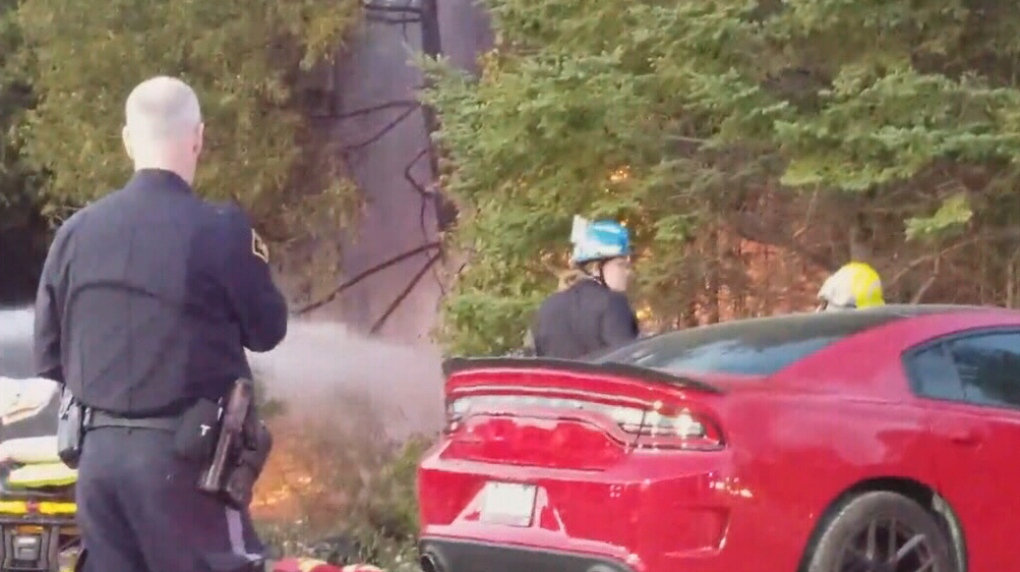 A two-vehicle collision in Northern Bruce Peninsula has claimed the lives of three people, and sent four other to hospital with serious injuries (Ranjodh Singh Boughan)

OPP had already released the names of one of the victims – Jim Thomas Johny, a 30-year-old Mississauga man.

He had been driving a vehicle with four passengers, which police believe was driving erratically on Highway 6 near Miller Lake in the moments before the crash.

The car collided head-on with an SUV travelling in the opposite direction. The driver and passenger in the SUV were pronounced dead as the scene.

Their names were released on Thursday. They are Traves Atchison, a 22-year-old man from the Lambton Shores area, and Jana Watson, a 23-year-old Strathroy resident.