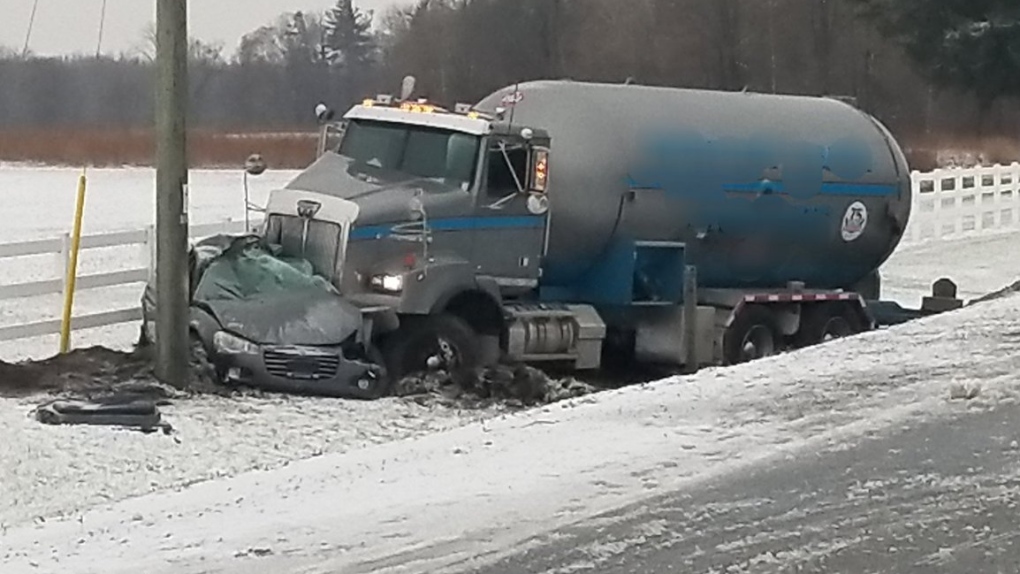 The aftermath of a crash between a propane truck and vehicle is seen in Norfolk County, Ont. on Tuesday, Nov. 27, 2018. (Source: OPP)

OPP say the man who died after his car collided with a propane truck in Norfolk County on Tuesday morning is 59-year-old James A. Henderson.

Henderson was westbound on Highway 3 when his vehicle crossed the center line and collided with an eastbound propane truck.

Both vehicles then ended up in the south ditch.

Police say Henderson, who is from Norfolk County, suffered life-threatening injuries and was pronounced dead at the scene.

Two men in the propane truck, the 35-year-old driver and a 39-year-old passenger, were not injured.

The collision happened in the early morning hours and closed Highway 3 near Charlotteville until Tuesday evening for clean-up and investigation.