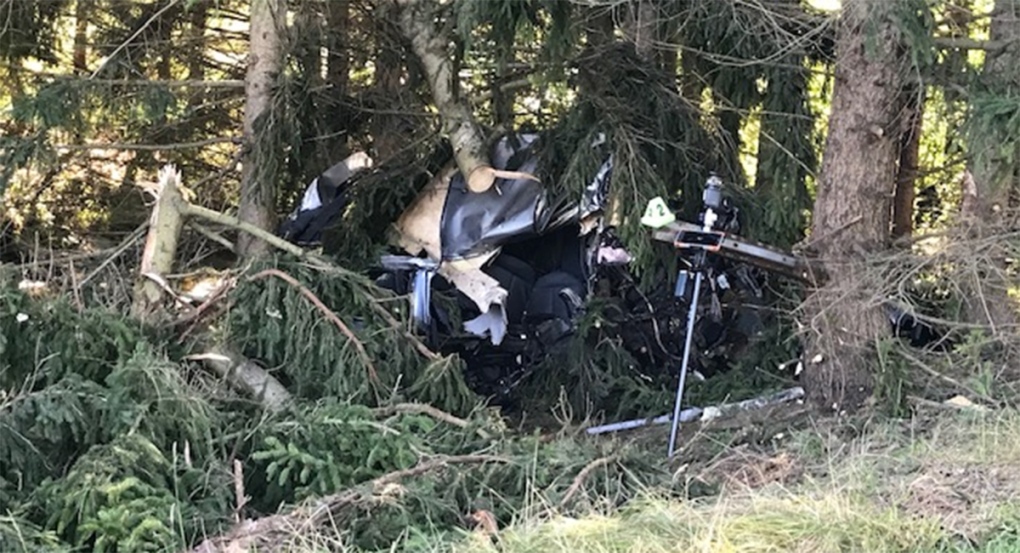 A vehicle rests among the trees after what police call a 'catastrophic' fatal crash north of London, Ont. on Monday, Aug. 31, 2020. (Sean Irvine / CTV News)

Emergency crews responded to Prospect Hill Road near Eight Mile Road northeast of the city around 5 a.m. Monday for the collision.

A sedan had left the road and struck a group of trees, resulting in 'catastrophic damage' to the vehicle.

The lone occupant was extricated from the vehicle and transported to hospital where he later died of his injuries.

The investigation is still in the preliminary stages, but police believe speed was a factor and are encouraging drivers to slow down.

Provincial police also released details on a 'sobering' rise in the number of fatal collisions in Middlesex County from Jan. 1 to Aug. 31.

Detachment Commander Insp. Dean Croker said in a statement that the "sad reality" is that these fatal accidents were preventable.

"Unfortunately, Middlesex first responders have been forced to deal with horrific scenes eleven times in 2020 and that comes with an emotional toll. However, the emotional impact these scenes have on our first responders is nothing compared to the life-altering changes that occur to the affected families and friends."