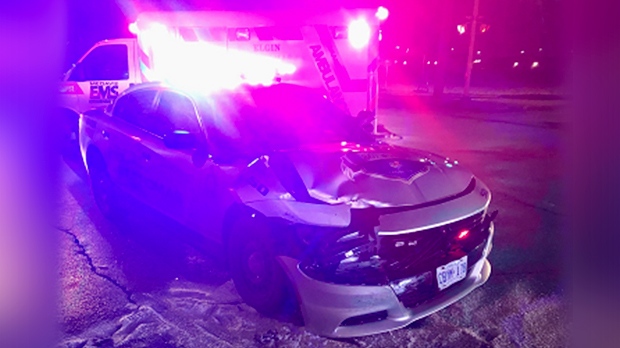 The crash happened at the intersection of First Avenue and Talbot Street just after 6 a.m. Wednesday.

The officer was southbound on First Ave and entered the intersection on a green light when a northbound vehicle made a left turn into the path of the cruiser.

The diver has been charged with Left turn - Fail to afford reasonable opportunity to avoid a collision.

No one was injured in the crash.