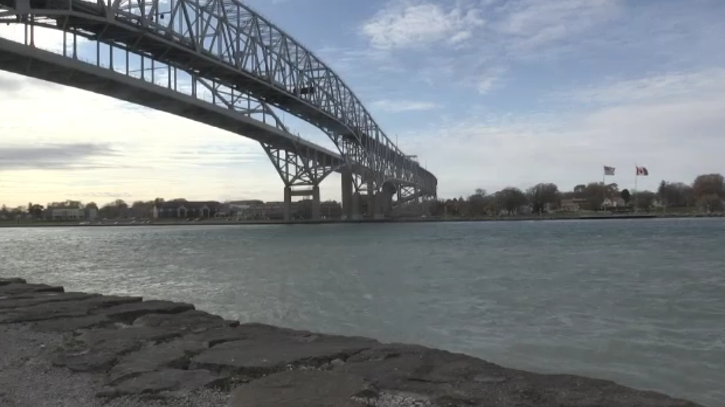 OPP and international crews are searching the waters off Sarnia, Ont. for a missing person on Monday, Nov. 2, 2020. (Jordyn Read / CTV News)

LONDON, ONT. -- An international search effort for a person who fell of a boat on Lake Huron near Sarnia, Ont. resumed Monday.

Saturday evening police received a report of a person who fell off a boat on Lake Huron and failed to resurface.

Police from both sides of the border along with the U.S. Coast Guard immediately began a search which continued into Sunday.

Search efforts have been focused on the area where Lake Huron meets the St. Clair River.

Sunday proved to be a difficult day due to high winds and waves on Lake Huron.

Police have not released the identity of the missing boater but did confirm they are Canadian.