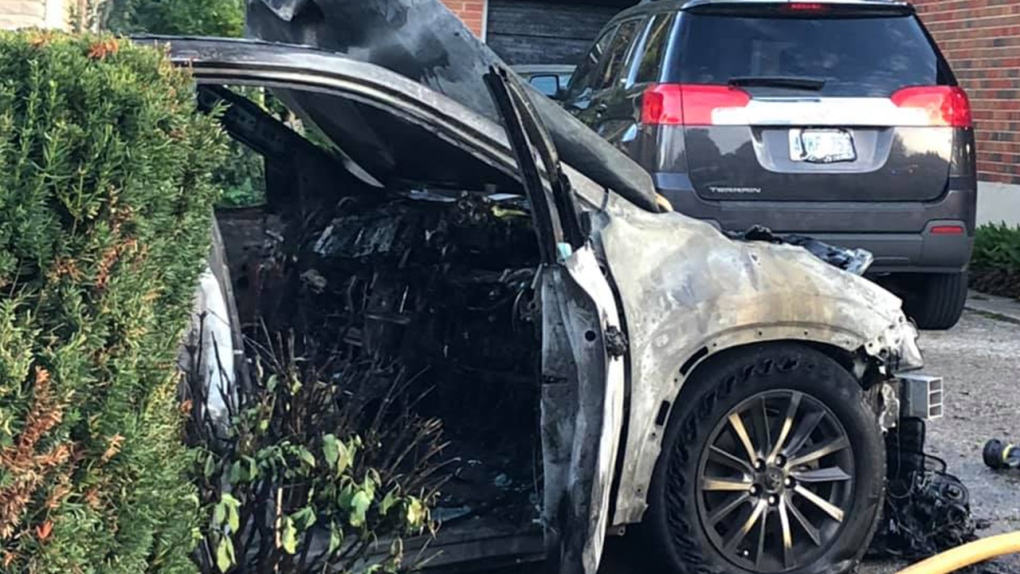 LONDON, Ont. - Police are investigating a fiery crash in the city's northwest end, allegedly caused by a drunk driver.

Just after 5 p.m. Saturday, a car crashed through a median ending up on the front lawn of a home on Oxford Street West.

Citizens on scene pulled the driver from the vehicle, minutes before it went up in flames.

Witnesses say the driver was swerving before striking the pole.

A 37-year-old woman was arrested on scene and charged with impaired operation of a vehicle and assaulting police.

There were no serious injuries.

All roads have since reopened and the investigation continues.