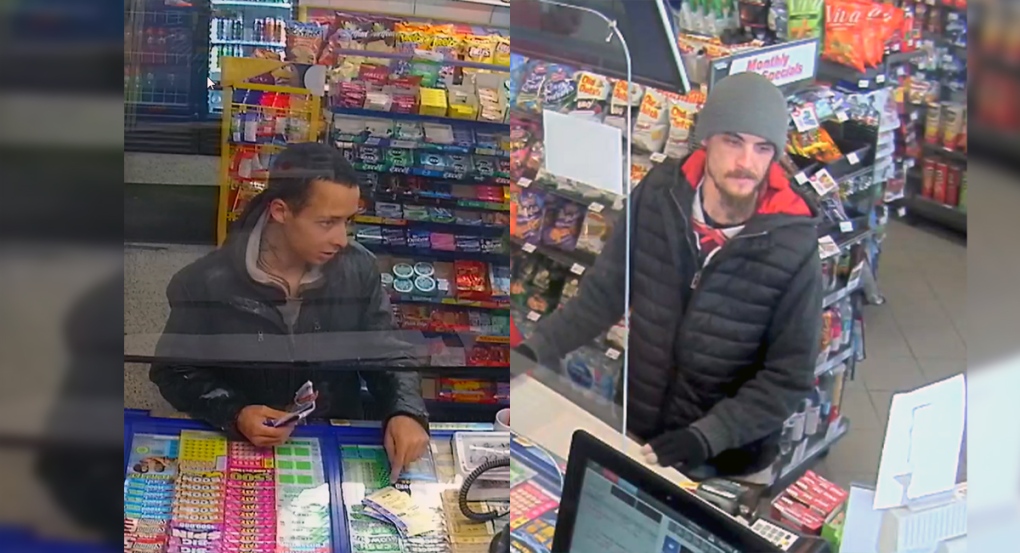 LONDON, ONT. -- London police are asking for the public's help identifying a pair of suspects wanted in a variety store robbery.

Police say around 5 p.m. on April 17, the pair entered the store at 693 Hamilton Rd., threatened the clerk and took off with cash and lottery tickets.

No weapons were seen and no one was injured.

Police say the two men later tried to cash in some of the lotto tickets that were reported stolen from the April 17 robbery.