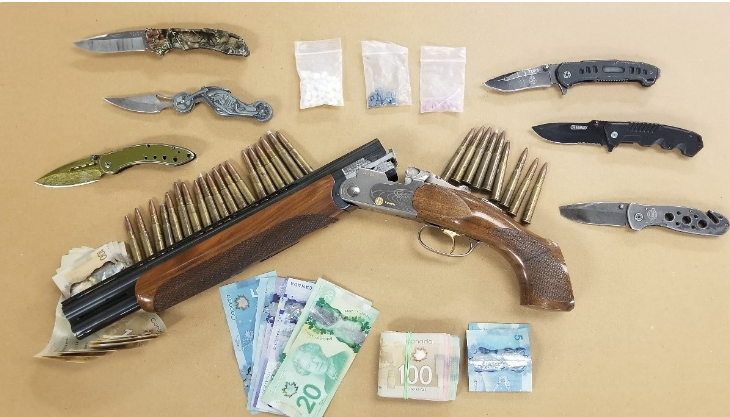 A display of items seized during a search of a residence on Mornington Avenue in London, Ont. are seen in this image provided by the London Police Service.

LONDON, ONT. -- London police say two people from London have been arrested and face a number of charges, after a sawed-off shotgun, along with ammunition and various drugs were seized.

Police say, on Wednesday members of the London Police Service Guns and Drugs Section executed a search warrant at a residence on Mornington Avenue.

As a result of the investigation, a 43-year-old man and a 40-year-old woman from London were jointly charged with a number of trafficking and firearms counts and appeared in court Thursday.