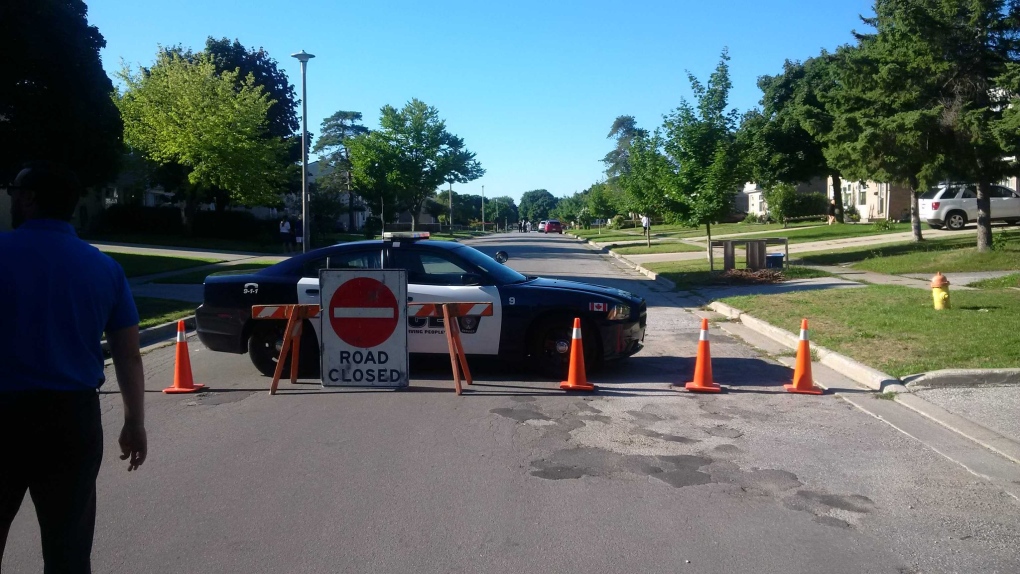 Police closed Rogers Street in Sarnia on Tuesday, August 23, 2016 after a man barricaded himself inside. (Twitter / Sarnia Police)

A 26-year-old man has been arrested after a standoff in Sarnia Tuesday morning.

Police were called to a residence on Roger Street around 7 a.m. and say a complainant told them a suspect was brandishing a firearm in a threatening way.

Police set up a perimeter ensure the public’s safety and prevent the suspect from leaving the area.

Police say they were trying to negotiate with the man when information was received about the wellbeing of the suspect around 10:45 a.m. Police made entry into the residence and were able to locate the suspect hiding in the attic.

The suspect was arrested at 11:08 am without any incident and did not require medical attention.

Although it was also thought there were children in the residence, only the suspect was inside when police arrived.

Police say he remains in custody for assault with a weapon. The investigation is continuing and depending on evidence, there may be further charges.