Designed for deliveries, a fully electric commercial vehicle — the first of its kind — rolled off the CAMI line Monday in Ingersoll, with both Prime Minister Justin Trudeau and Premier Doug Ford in attendance.

Van Boekel admitted there was some uncertainty surrounding moving away from the production of highly successful Chevy Equinox models, with GM investing $1 billion to retrofit the plant for EV production.

The provincial and federal governments each invested $259 million toward GM's $2-billion plan to transform its Ingersoll plant and overhaul its Oshawa, Ont., plant to make it EV-ready.

"There was a lot of trepidation two years ago. A lot of people weren’t sure. I think, up to six months ago some people were very anxious,” he explained. “But it's proven to be the right choice." 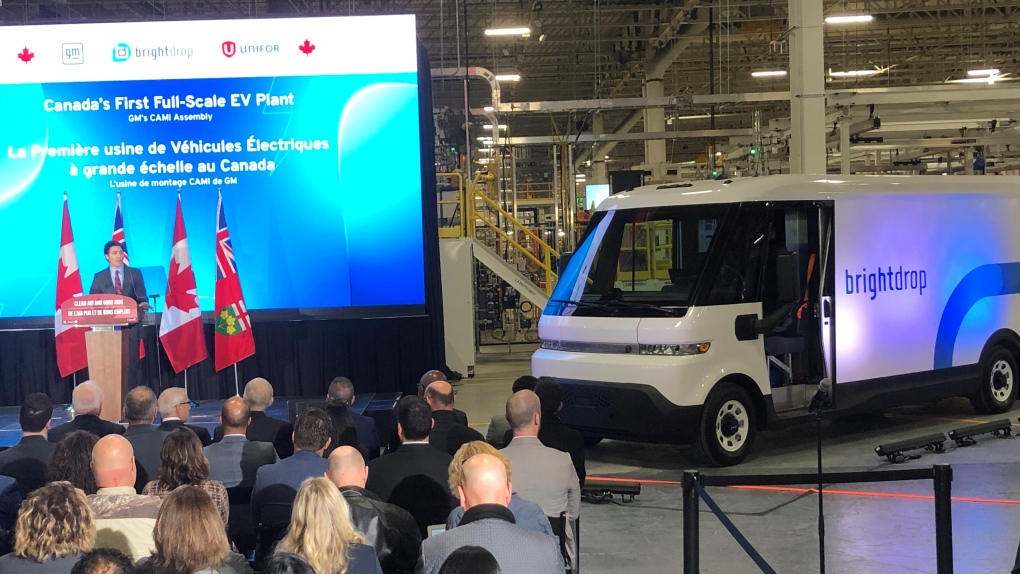 The plant rolled its last Equinox off the line at the end of April and shut down for a retrofit in May. Seven months later, large battery packs were being fitted to frames nicknamed “skateboards” for the new vehicles.

"It was intense. It was a challenge,” said Marissa West, GM Canada president.

West credits the CAMI workforce for making the change happen.

"It's a really [good] indication of the amount of innovation and the speed and flexibility that the team is capable of,” she said. 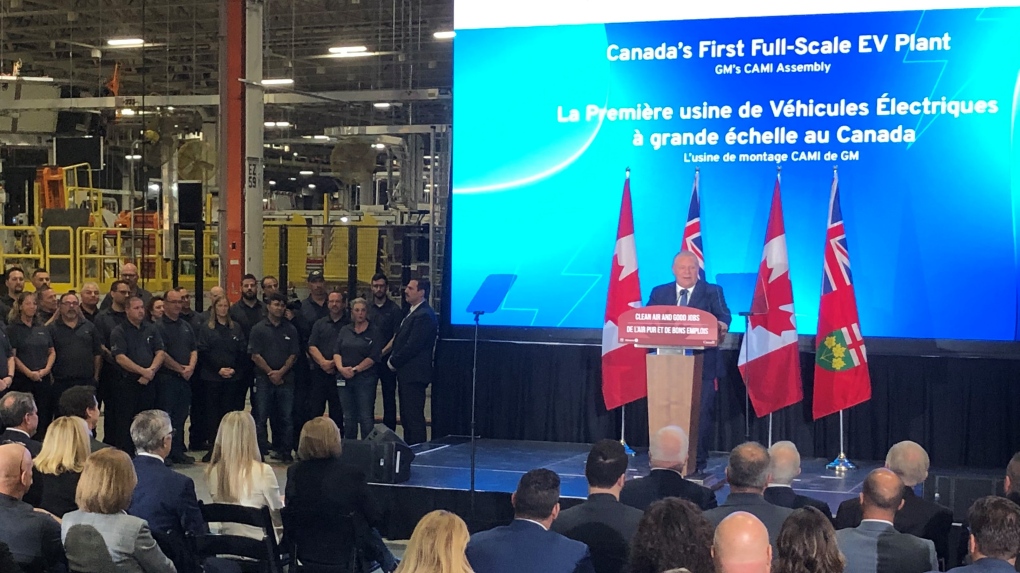 "GM is 100 per cent committed to our all electric future,” she said. “This product is going to be here for a very long time."

DHL has already signed on for delivery of the vehicles and both FedEx and Walmart are also in the pipeline to use the all-electric BrightDrop vehicles in Ingersoll.

The federal government says the Ingersoll plant is expected to manufacture 50,000 electric vehicles by 2025.

Canada intends to bar the sale of new internal-combustion engines in passenger vehicles by 2035.

— With files from The Canadian Press