A woman who lives in an Oxford Street East highrise, tells CTV News London she remains shaken by the pleas of a man stabbed Monday morning.

About 5:20 a.m., the woman stated she heard a bunch of yelling outside her apartment on Oxford just west of Richmond Street.

Moments later, she heard a desperate plea coming from outside.

“I heard someone yelling, ‘Help Me. Please, someone, help me!’ I went onto my balcony and saw a man crossing Oxford Street and then he collapsed to the ground and he was bleeding.”

The woman called 911 before leaving her apartment with the thought of helping the man.

What she witnessed next left her frightened.

“I went to go into the elevator, and the elevator doors open and it was covered with blood.”

London police confirm they found a man suffering from a stab wound. The victim remains in hospital and is listed in stable condition.

A short time later, a suspect was arrested.

Police say they do not believe this was a random incident, adding there is no threat to public safety. 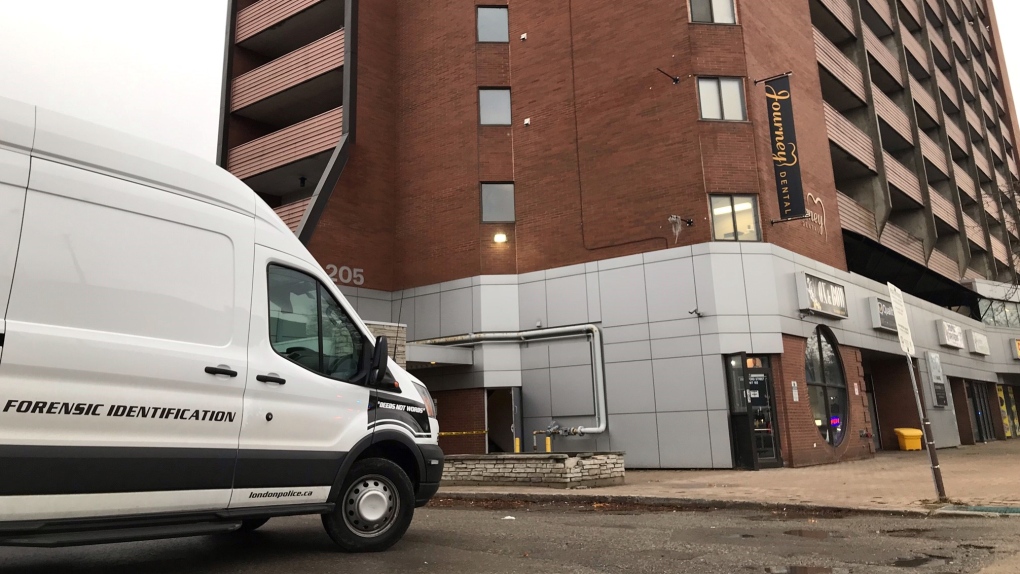 Until approximately 9 a.m. police cruisers had blocked traffic on Oxford between Richmond and St. George streets for the investigation.

Meanwhile, multiple London police investigators were searching for evidence inside and outside of 205 Oxford St. E.

Residents tell CTV News London the incident began on the 12th floor and it has left them unnerved.

Around the corner from the main area of investigation, Andy Osorio, an employee at Ox & Bow Barber Shop arrived to find the door of the business partially blocked by police tape.

“First thing in the morning, there’s a lot of question marks in my head.”

A short time later London police removed the tape and allowed him to open the location. 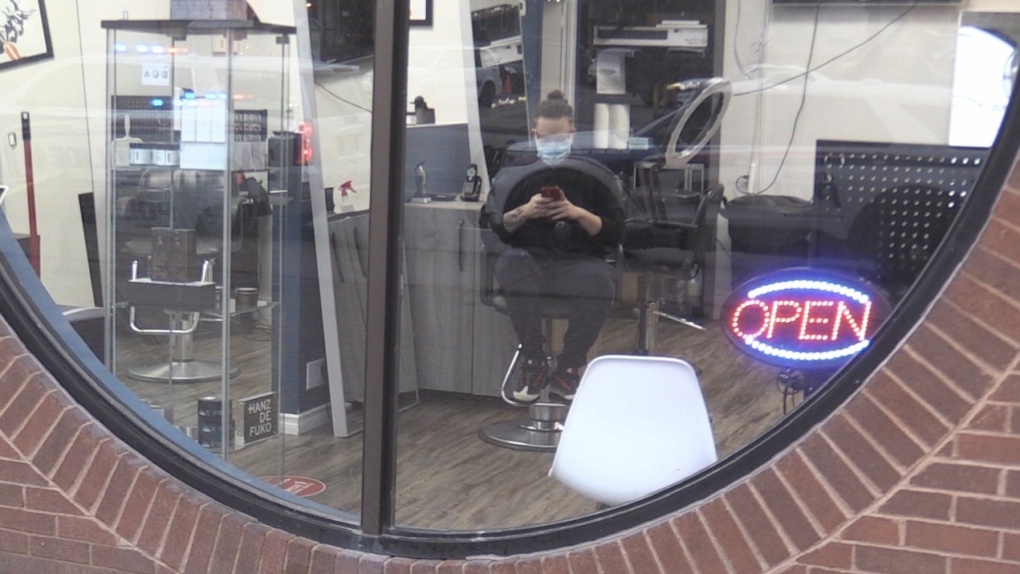 Andy Osorio, an employee at Ox & Bow Barber Shop in London, Ont. is seen Monday, Dec. 7, 2021. He arrived at work to find his business partially taped off for a police investigation into a nearby stabbing. (Sean Irvine / CTV News)

Osorio is concerned for the victim and the many apartment tenants, who he says are primarily students and may have witnessed the stabbing.

Still, he believes it is, sadly, an expected act in a growing city.

“It comes with the population. There’s going to be more people and more violence.”

A thought, the woman who witnessed the aftermath, didn’t believe until early Monday morning.

“Definitely quite terrifying. I just moved in here recently and that’s definitely not a good way to start it off.”