Despite a recent collapse of part of the barn’s roof, the committee ultimately decided to side with neighbours who were fighting to save the barn from demolition.

“It’s a landmark,” says Ward 9 Councillor Anna Hopkins. “Halls Mill, it’s a landmark. It’s where Byron started and it’s important to the City of London, it’s our history as well.”

The owner of the property had been arguing for demolition, stating he had gotten a permit back in 2008, but the planning committee pointed out that permit had expired after a year of inaction. 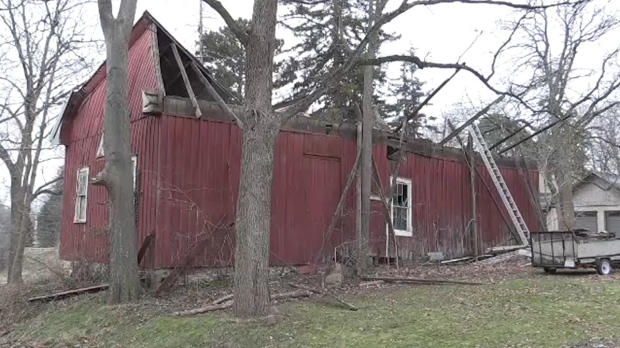 Neighbours first sounded the alarm in September when metal sheets disappeared from the roof. According to a report city hall was again contacted on Dec. 10 claiming exterior boards continued to be removed, later that day the roof collapsed.

City inspectors have issued a make-safe order, which requires the owner to either repair the barn, fence off the barn, or seek a demolition request.

The planning committee ultimately recommended heritage designation for the barn and plans to review other potential structures on Halls Mill Road.

- With reporting from CTV's Daryl Newcombe