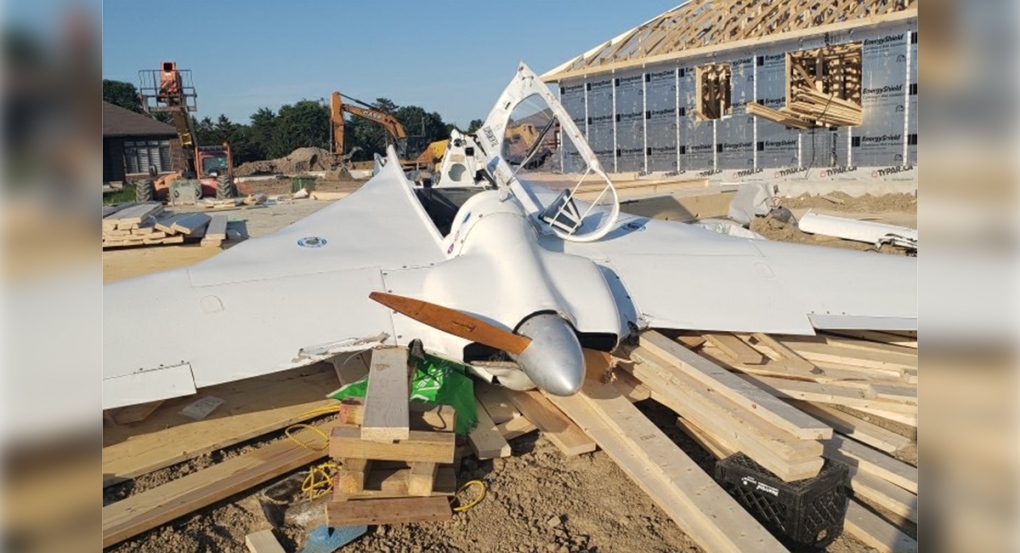 A single-engine plane crashed into a home under construction in Dutton, Ont. on Thursday, June 17, 2021. (Source: Elgin County OPP)

Elgin County OPP, Dutton/Dunwich firefighters and EMS responded to the area of Leitch Street around 6:15 p.m.

On arrival, OPP say they found a Rutan, Long-EZ, single-engine piston, armature homebuilt aircraft, had gone down short of a grass landing strip and collided with the foundation of a home that was being built in a new subdivision.

A 67-year-old Dutton resident, who was the plane's lone occupant, was extricated by firefighters and airlifted to hospital.

The Transportation Safety Board of Canada has been called in to investigate.