Pig head and other body parts found in ditch 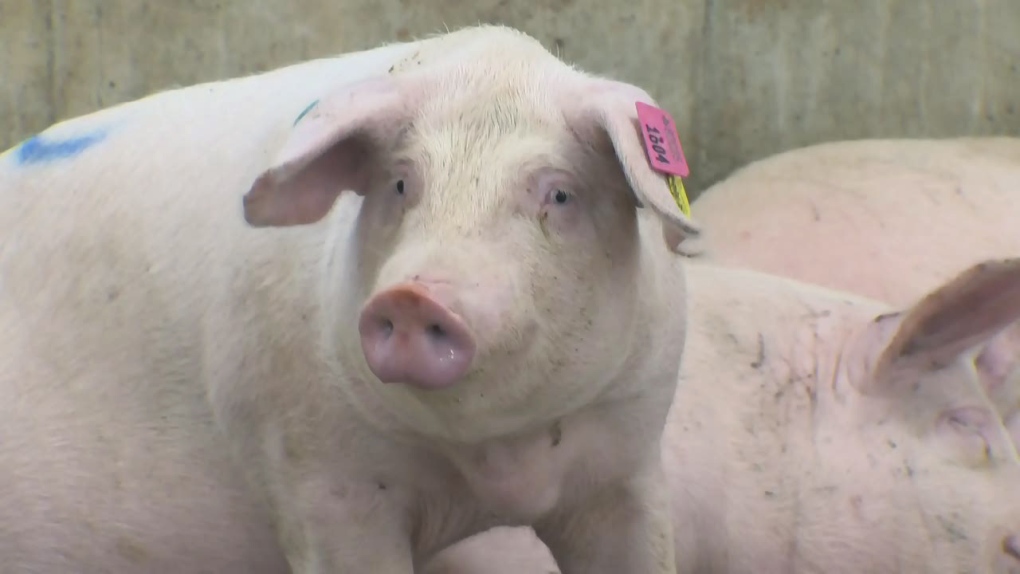 Pigs are seen at a pig farm near Arthur, Ont.

LONDON, ONT -- Norfolk OPP are looking for information regarding the discovery of pig body parts, including a head, in roadside ditch.

On Sunday around noon police were called after a resident out for a walk made the gruesome discovery along Fairground Road in Houghton.

What appeared to be a severed head and various other parts of a pig were dumped in the ditch.

Police are asking anyone with any information to contact them.

Police have not said what other parts were found.