LONDON, ONT -- Provincial police in Meaford are looking for the owner of a Blue Ford F150 after a bizarre series of events left a car that was parked in a parking lot in the middle of a roadway.

On Jan. 10 the owner of a white car parked their vehicle in the parking lot of the Dairy Queen at Sykes Street North.

A short time later the owner found out that their car was sitting in the eastbound lane of the roadway.

Damage was discovered to the white vehicle leading to the conclusion that the vehicle didn’t simply roll on its own. 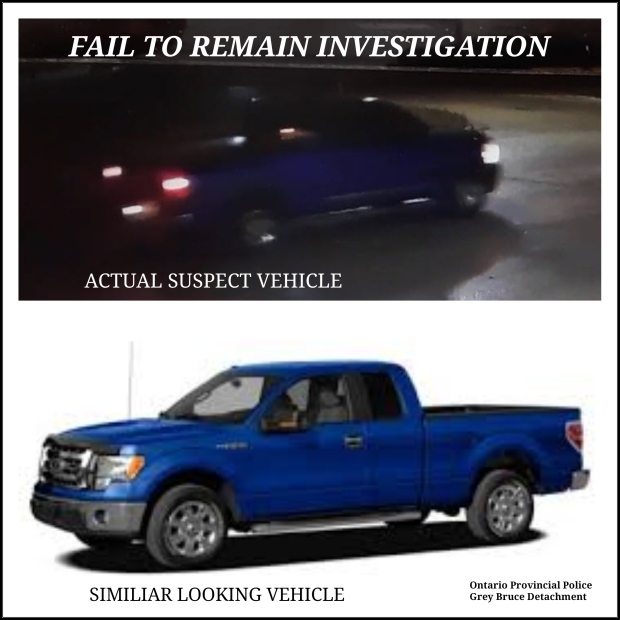 Video evidence from a neighboring business showed a blue pickup truck backing into the car and pushing it into the road way.

Police are looking for the owner of the truck and are asking anyone with any information to come forward.