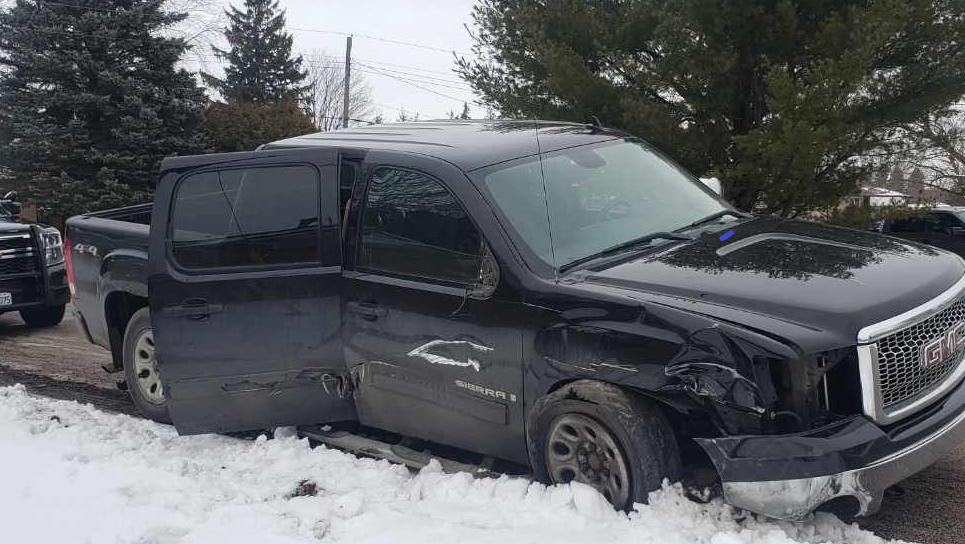 The suspect's pickup truck left heavily damaged from the collision on the 401 on Monday, Jan. 4, 2021. (Courtesy OPP)

LONDON, ONT -- The driver of a pickup truck did all he could to avoid police after colliding with a transport truck, but ultimately he found himself in the back of a cruiser.

During the lunch hour Monday police received reports of a hit and run in the westbound lanes of Highway 401 in Thames Centre.

According to police, the driver of a black pickup truck struck a transport which left the pickup heavily damaged.

However, the driver fled the scene and was later seen driving through Dorchester on one rim.

Police tracked the pickup to Marion Street at which point the driver fled on foot.

Officers were able to catch the suspect and place him under arrest.

A 39-year-old man from Tillsonburg is facing several charges including Operation while impaired.