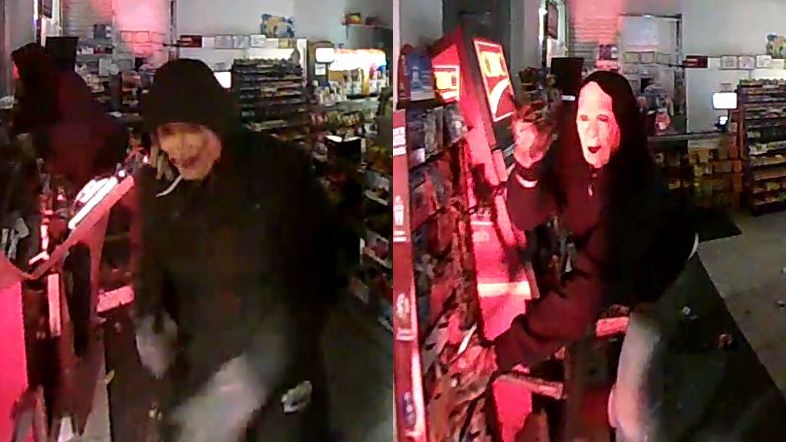 OPP released these photos of suspects sought in an ATM theft at a gas station in Port Rowan, Ont. on Monday, Dec. 3, 2018.

Norfolk County OPP are asking for public help to identify suspects and a vehicle sought in an ATM theft at a gas station that caused thousands in damage.

Police responded to an ESSO gas station on Front Road in Port Rowan shortly after midnight Monday for the theft.

Investigators say the suspects broke into the store and attempted to steal an ATM machine but were unsuccessful.

A pickup truck was then backed into the store to drag the machine out, causing an estimated $75,000 in damage.

Police say the pickup fled with the ATM in tow. It was later located by investigators in a ditch.