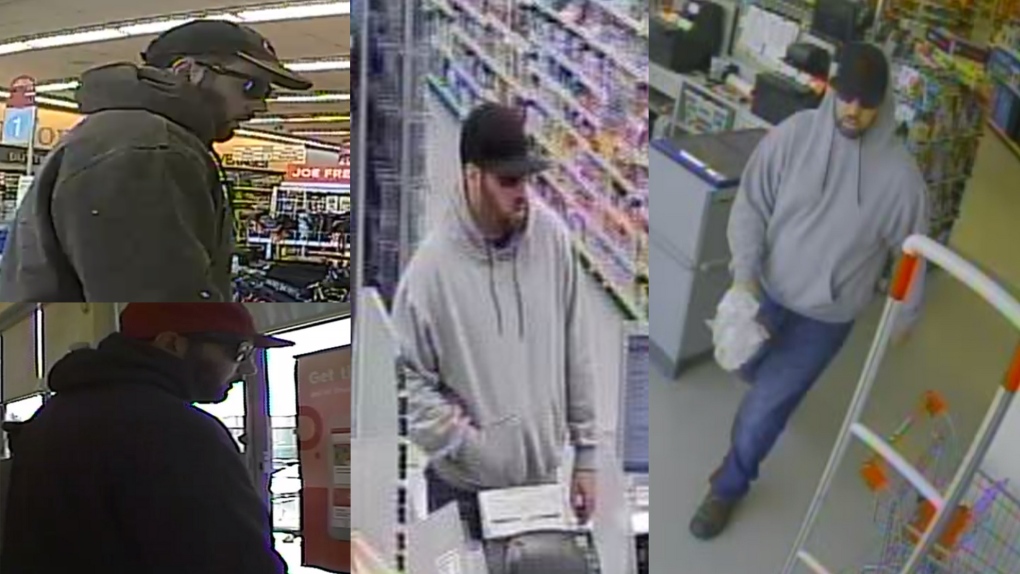 Photos released by police in London, Ont. on Thursday, Aug. 15, 2019 show a suspect sought in pharmacy robberies in the city in May and August.

London police are asking for public help to identify a man sought in three pharmacy robberies in the city in recent months.

In each case, police say the man claimed he had a weapon and demanded narcotics before fleeing with stolen medication and/or property before police arrived.

The three incidents all occurred around midday but in different parts of the city:

Investigators believe that the same man is responsible for all three robberies.

No one was injured in any of the robberies.