Petition to save Byron bank swallows garners more than 33,000 signatures 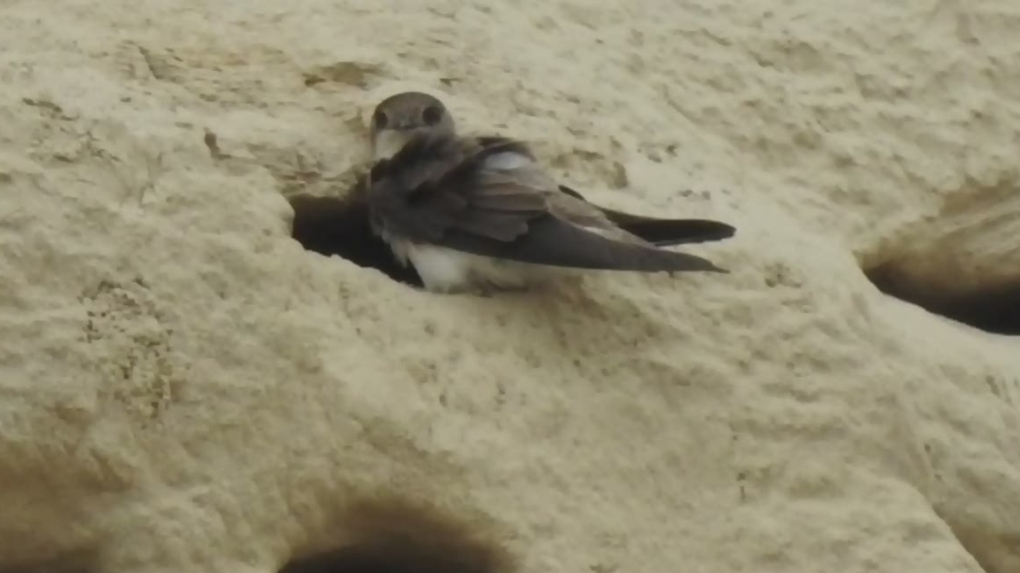 LONDON, ONT. -- A petition started a year ago to save a threatened species breeding ground from being developed has eclipsed 30,000 signatures.

The petition called Ssave London's bank swallows' has collected over 33,000 signatures and was delivered Saturday to Minister of Environment Conservation and Parks Jeff Yurek, as well as the Minister of Natural Resources John Yakabuski.

Upwards of 2000 bank swallows nest and breed in the former Byron gravel pit which is planned for development putting those nests and the species in danger.

But the petitioners say the decision on the the birds fate lies with the province.

"There's protection for species at risk under the Endangered Species Act, that's enforced by the environment of conservation and parks under Yurek, but then because this is aggregate land, that is handled by a separate piece of legislation called the aggregate resources act which is the Ministry of Natural Resources and Forestry under Yakabuski," says Brendon Samuels, PhD candidate, Department of Biology with Western University.