Beagle cross Feldman plays in his backyard oasis in London, Ont.’s Old South neighbourhood, and is doing much better on Thursday.

Just a few days earlier, the two-year-old had a brush with death.

“I started calling his name to get him to respond and he just looked terrified,” his owner Stephanie Turnbull says.

What happened is hard to believe.

Turnbull had Feldman out for a walk late Saturday afternoon. The adventure through the neighbourhood and beyond led them along streets, through parks, and to a quick stop at a variety store.

Soon after getting home, however, it was clear something was wrong.

“He was whining, he started kind of licking at the air. He started at a certain point going in circles, he was moving his head back and forth, so it was pretty dramatic,” explains Turnbull.

With the London Regional Veterinary and Emergency Referral Hospital closed, the only quick option was virtual care.

That is when a veterinarian, through an online assessment, was able to determine that Feldman somehow had cocaine in his system.

“When she first mentioned to us that she thought he had drugs in his system, and she specifically said cocaine, wow, it was hard to believe,” says Turnbull.

After virtual appointments and a series of phone calls to triage professionals, Feldman was eventually sent to the closest emergency veterinary care available, located in Mississauga. 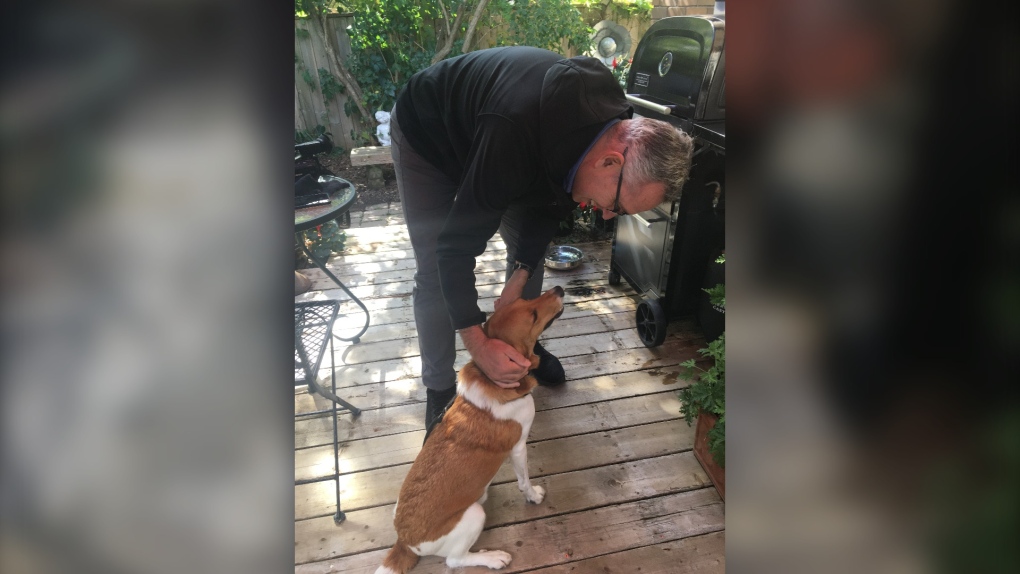 “Every minute we think he’s dying. Every minute he’s getting worse. And every minute that this takes could cost him his life,” she says. “And then he had to deal with being on the 401 with all the lights, all the sounds, for a two hour drive to get some help.”

Blood and urine tests confirmed that Feldman did have cocaine in his system. For Turnbull, the thought of it was terrifying for multiple reasons.

“I’m in a neighbourhood with wonderful young families and they’re on the ground playing in parks and if my dog could ingest it or inhale it I don’t see why a toddler couldn’t,” she says.

The ordeal cost approximately $2,300 in emergency vet and virtual care bills, in addition to an overnight stay in a hotel in Mississauga.

According to those in the veterinary profession, a shortage in care has been coming on for several years.

Dr. Daniel Joffe, VP of medical operations at the London Veterinary and Emergency Referral Hospital says the shortage is due in part to the Ontario Veterinary College not producing enough graduates to be able to meet the increasing demands, but also veterinarians new to the profession opting to work fewer hours.

“We have enough staff, both doctors and assistants, and technicians to be open about four days a week,” says Joffre. “If we were to spread it thinner than that, we would not be able to give any service at all.”

As for Feldman, it was a close call, but thankfully he survived it.

Turnbull says she wants other families to realize what they may be up against, and to have a plan in place if they find themselves in need of emergency veterinary care.

“I think on a larger scale we need to start asking our vets, ‘What’s causing this, what can we do?’ I think it needs to be a bigger conversation,” she says.