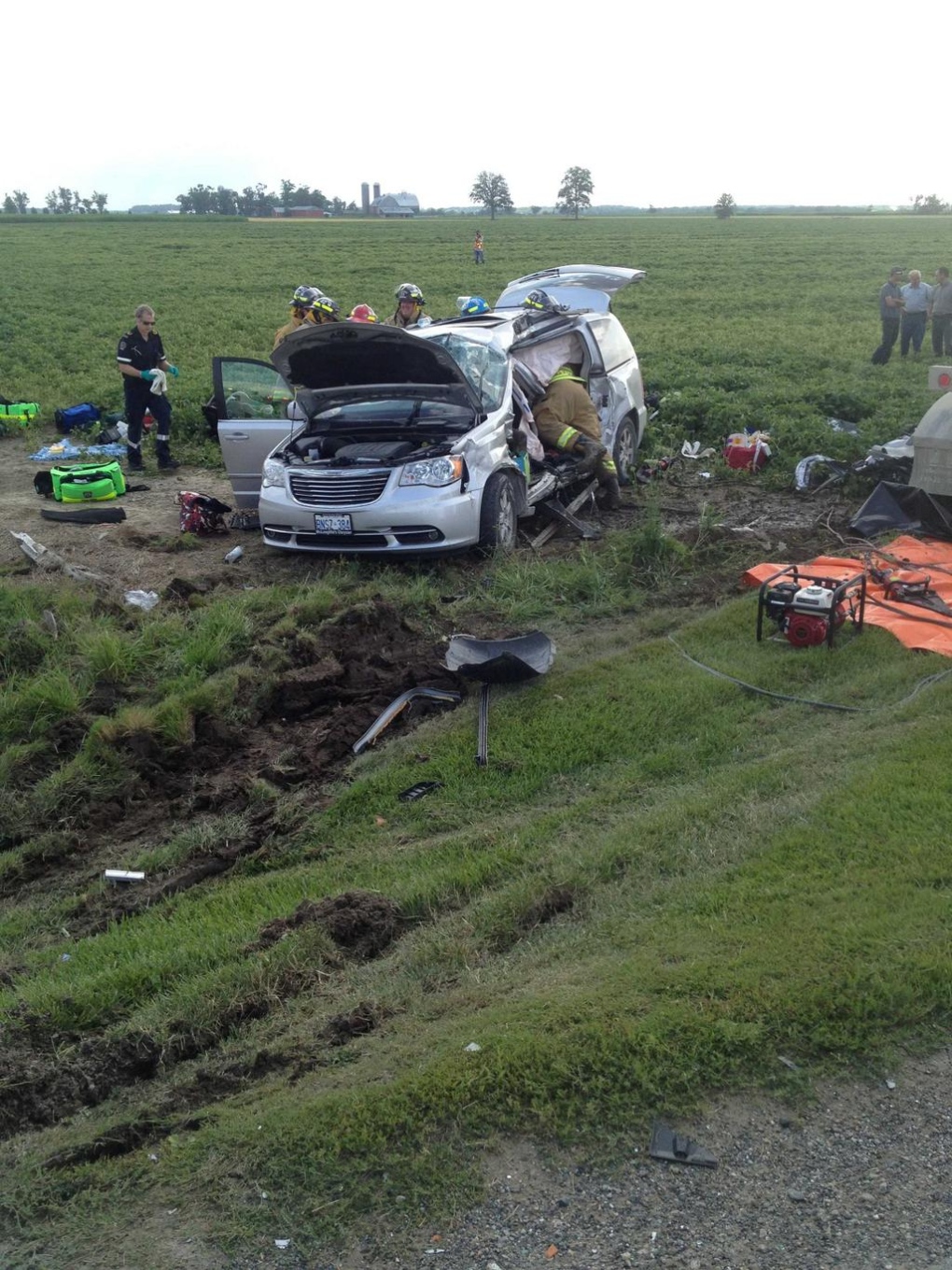 Perth County OPP says charges are pending following a collision between a transport truck and a minivan near Milverton.

There were four adults and three children in the minivan and at least three people had to be extricated.

All seven people in the van had to be taken to hospital. One person was transported by Ornge air ambulance to a London hospital.

The truck driver was not injured.