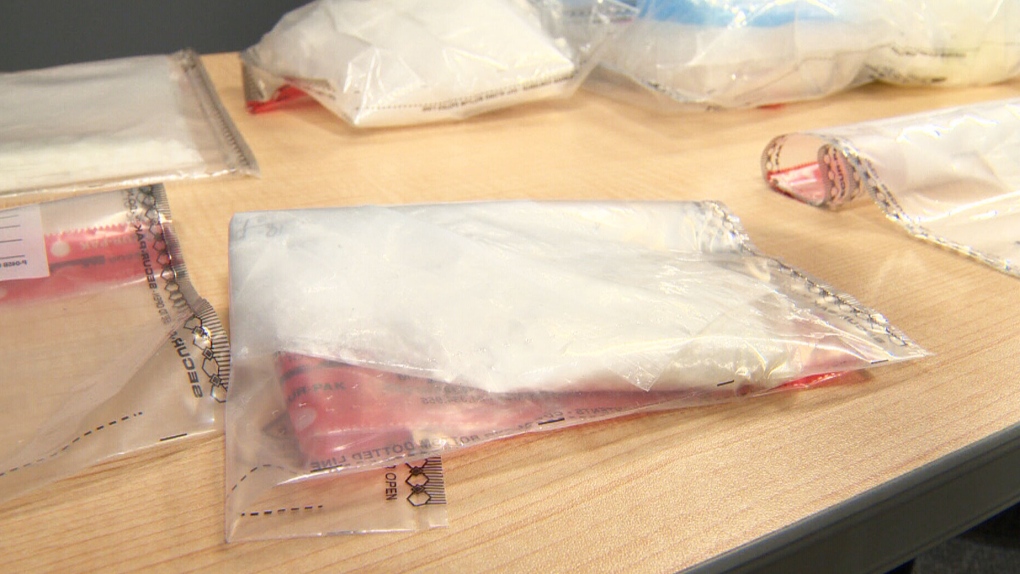 A bag of methamphetamine is seen in this undated file photo. (CTV News)

Three people have been charged and OPP have seized $28, 654 in methamphetamine after searching a West Perth address.

Perth County OPP say a vehicle was stopped on Wednesday in Perth East and a quantity of meth was seized along with drug trafficking paraphernalia.

Then on Thursday, police executed a search warrant on Ontario Road in West Perth, seizing additional meth and trafficking paraphernalia.

All three of the people arrested were being held for court appearances in Stratford.

Also on Thursday, police in Woodstock arrested two men in connection with an investigation into the trafficking of fentanyl.

Police seized about $24,000 in fentanyl, methamphetamine and cash as a result of the investigation.

A 37-year-old Woodstock man has been charged with possession for the purpose of trafficking, failing to comply with probation and possession of property obtained by crime.

A 29-year-old Woodstock man has been charged with possession of a controlled substance and failing to comply with recognizance.