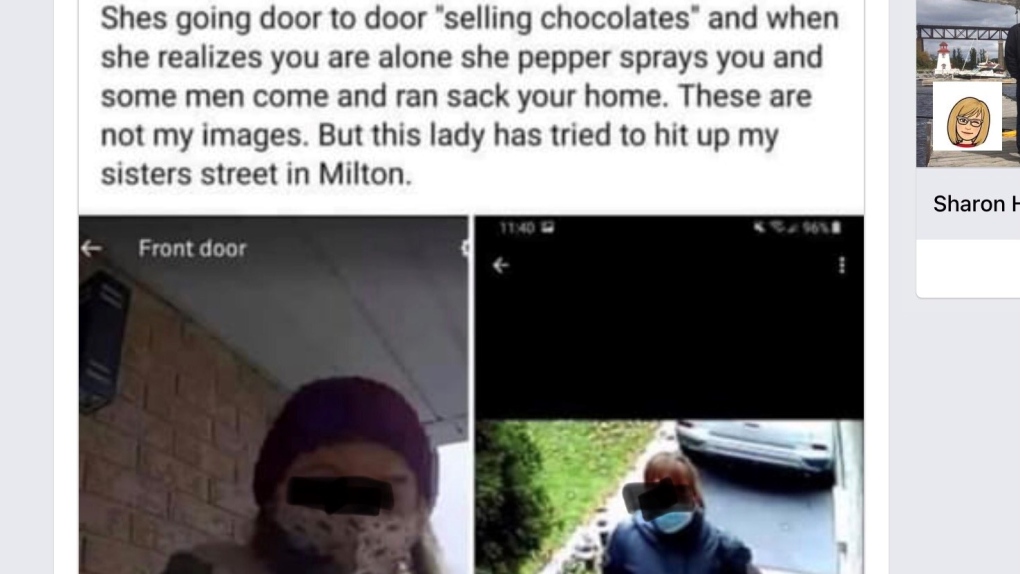 An example of a social media posting which London Police have discredited (Source: Facebook)

The postings warn that a person has been showing up at homes or apartments suggesting they are selling chocolate bars for charity.

But once a home or apartment dweller opens their door, they are pepper-sprayed and robbed.

“We can say that both our 911 dispatchers as well as headquarters have received calls in relation to similar incidents. And it’s sounding as though all of them are coming from social media posts shared online.”

Const. Bough says some of the posts are also being printed and shared inside apartment elevators within the Forest City.

But for now she says it’s all false alarms.

“We have not received any real complaints.”

Bough reminds the public to not believe everything they read on social media, and to cross-check the source of a concerning post with police websites.

That said, Bough says she would not want to discourage Londoners from contacting authorities should an actual situation, like the fake one described, occur.