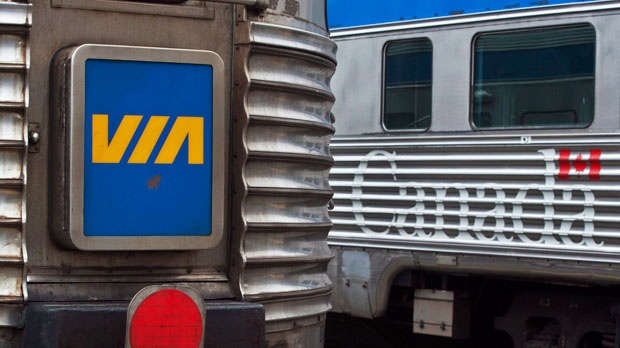 A Via rail train is seen in this file photo. (The Canadian Press/Andrew Vaughan)

A teenage girl suffered serious but non-life-threatening injuries after being struck by a passenger train near Thorndale.

Emergency responders were called after the teenaged pedestrian was struck by a westbound VIA Rail passenger train.

None of the passengers on the train were injured.

Police are in the preliminary stages of the investigation and motorists are being asked to avoid the area.

Although the train is not blocking the crossing, the lights remain activated at the Rebecca Road train crossing.