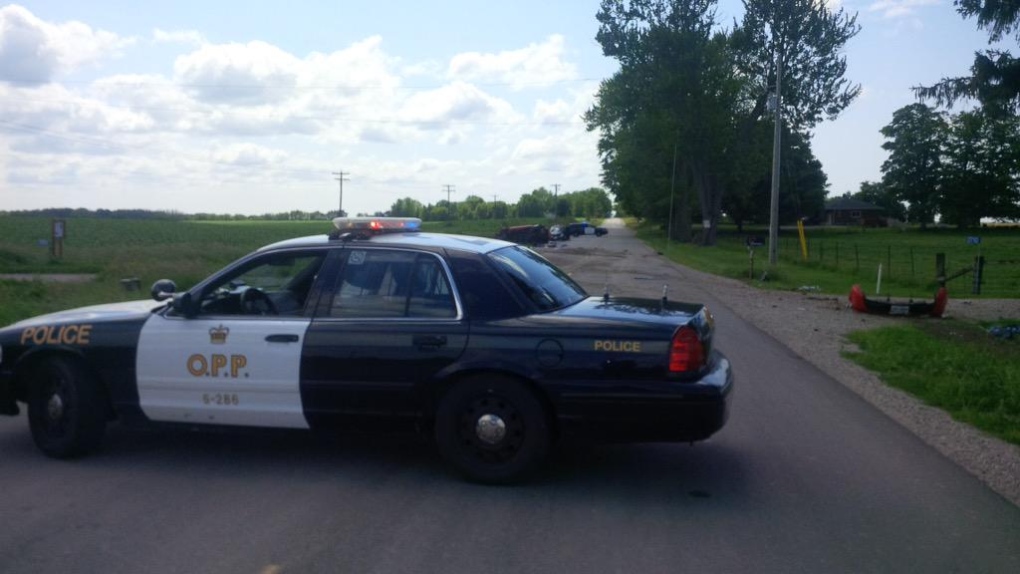 Debris from a vehicle can be seen after a pedestrian was fatally struck wet of Strathroy, Ont. on Thursday, July 2, 2015. (@OPP_WR / Twitter)

A man has died after a car struck a pedestrian on Napperton Drive west of Strathroy, Ont.

OPP say a red Mazda was westbound when it left the road and continued to travel along the north side of the road, striking a pedestrian on private property.

The vehicle then reportedly struck a tree and crossed to the south side of Napperton, coming to rest on its side.

The pedestrian, a 45-year-old Adelaide Metcalfe man died at the scene.

The 34-year-old male driver from Strathroy-Caradoc was transported to hospital with non-life threatening injuries. There were no passengers in the car.

Napperton is expected to remain closed from School Road to Seed Road until around 10 p.m. as OPP investigate.