Paws For The Cause: London company donating portion of proceeds to help local animal rescues

LONDON, ONT. -- The founder of a London, Ont. jewelry company that got its start during the pandemic, is lending her support to animal rescue groups that have faced fundraising challenges because of it.

Sarah Murdock is the founder and creator of Copper & Blush, which creates curated jewelry pieces. Murdock says each individual item is meant to inspire and ignite the soul to bring strength, peace and longevity through special products used.

“I’ve always been passionate about gemstones and crystals, and so wearing them I’ve seen and felt those healing powers. It was just something I really wanted to share with other people,” says Murdock.

Copper & Blush was launched in August of 2020. Murdock works out of her dining room, and uses all ethically-sourced material.

One of Murdock’s goals for 2021 was to give back. And after speaking with a friend who recently adopted a rescue, she was inspired to start the Paws For The Cause fundraiser.

“I didn’t realize how big the need was, especially in our community, for animals. If we don’t raise money and awareness, they won’t get this help.”

Murdock decided to collaborate with local organizations in London and surrounding communities to bring awareness and raise proceeds. 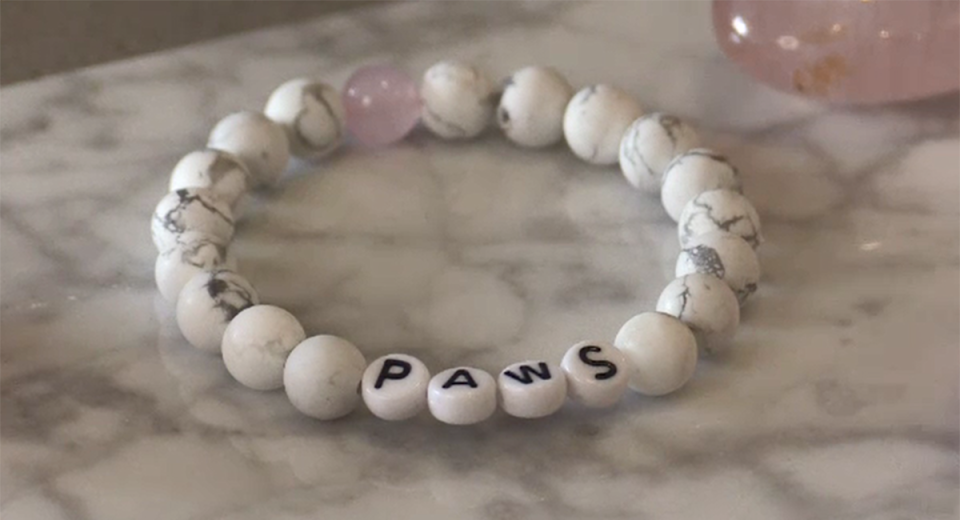 Animal Love Foundation director Shandra Tatomir says for the past year, many of the fundraising events that the organization relies on had to be cancelled. So the donation from Copper & Blush couldn’t have come at a better time.

“It’s huge. We are the kind of group that is grateful for every cent. To have a company come forward like that, it’s amazing. We are so excited to work with them."

The Animal Love Foundation, does not have a shelter, with all of their cats and dogs housed in foster homes until they are adopted.

“One hundred per cent (of donations) goes straight into the animals, we are all volunteers, non of us get paid at all. It goes straight to vetting or food,” adds Tatomir.

Tatomir has been with the foundation for 17 years and she says the pandemic has been the hardest time for the shelter.

They have seen an increase in people wanting to adopt during the pandemic, but that poses its own challenges.

“We’ve really had to step up how we’re screening for people, because you want animals to get homes, but in the same token, you have to be really careful, that these people, when they go back to work, they won't be surrendering because they won't be home for the animals.”