Pause on residential evictions coming to an end

As of Tuesday, tenants in the London region who can’t pay the rent can be legally turfed from their homes.

It comes on the same day a private members bill from the NDP will be considered, calling for a ban on evictions until the pandemic has been over for one year, as determined by the province’s chief medical officer of health.

London North Centre NDP MP Terence Kernaghan tells CTV News they’re also calling for rent subsidies for those whose income has been affected by the pandemic.

“For folks who are struggling. You know so that 80 per cent of the household rent up to $2500 would be covered. Because there are many folks who aren’t able to work, and as a result their landlords are also going to struggle.”

The developments at the provincial level come just as the London anti-poverty group Lifespin is compiling a pair of lists to document housing conditions in the city.

The first is a list of derelict homes throughout London. It’s a bid to get the city to take action on the homes.

“The city has a protocol around vacant buildings whereby bylaw officers ensure they are secured against trespassing and if property standard issues continue for an extended period, the city has the option of demolishing the building at the property owner’s expense.”

The second list from Lifespin is to raise awareness of substandard properties that are actually being lived in, according to Lifespin executive director Jacqueline Thompson.

“If the city knows they’re living in unsafe conditions, and we’ve told them about a few properties, they either need to make those properties safe themselves and add it to the tax roll of the land owner, or move the family somewhere where it is safe.” 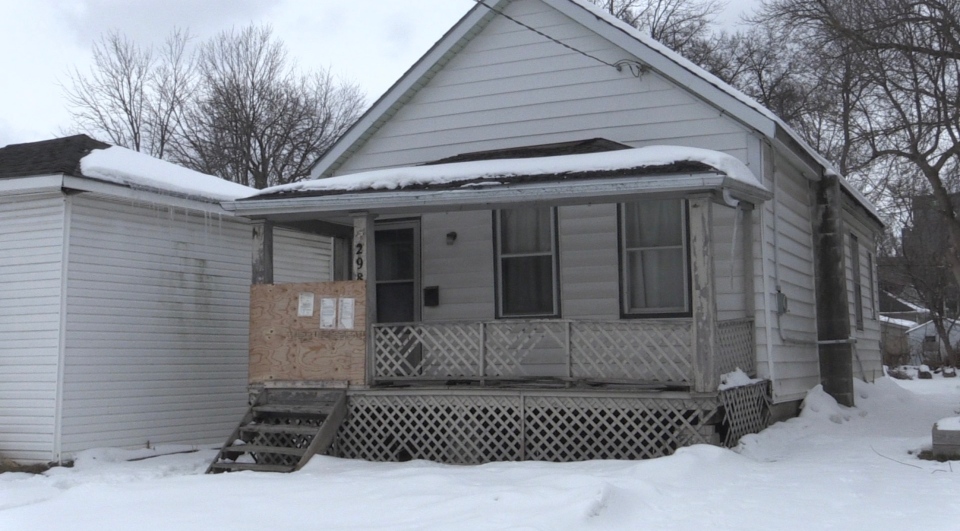 London renter Ashleigh Hatch finds herself in such a position. She and her husband and their two children rent a basement apartment in the SoHo neighbourhood. She says the only running water is in the bath tub. There are also infestation problems, and black mould. She says when she complained to the landlord she was taken aback by the response.

“All he said to us was, ‘well have fun finding a new place.’ I was actually flabbergasted because it made me feel like I was nothing, like I was scum.”

Hatch says the pandemic has made it more difficult to get support in taking action against the landlord to improve the living conditions.