Patient transfer fallout: elderly woman claims she wasn't notified her husband was being moved from LHSC

An elderly London woman says she’s angry her husband was transferred from London Health Sciences Centre (LHSC) to Huron Perth Healthcare Alliance in Stratford, more than 80 kilometres away, without her being notified.

“Oh, I said then this is a hand-picked situation,” said Sue Morrison of her conversation with an official from LHSC. “That you’ve decided here we have an 87-year-old man who is confused, due to COVID we’ll get rid of him to bring in outside people.”

She explained that Eugene was admitted to LHSC Christmas Eve due to issues concerning his hypothyroidism. During his time in hospital, he began to go through spells of confusion.

She said last Thursday she found out he was being moved. By then, she said the wheels were already in motion.

“I said why hasn’t someone notified me or at least had the courtesy to notify me. They claim that he said no one needed to be called. Well he was…for sure confused because always he’s always said, ‘You call my wife,’ or ‘Call Sue.’

The couple’s close friend, Deb Eckenstein, was on hand Monday to console Sue. She said she’s appalled at how the elderly couple appears to have been treated. 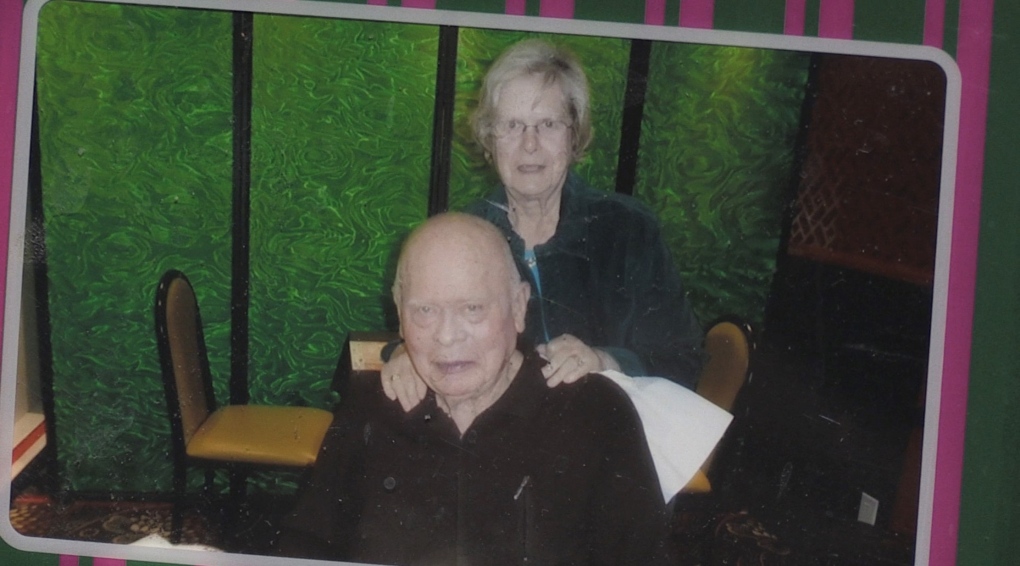 Sue and Jim Morrison (Sourse: Sue Morrison)“Eighty-five and 87, who does this kind of thing to them? You know it’s rotten, what happened to them,” Eckenstein said.

Facing capacity challenges, LHSC announced last week it would be transferring patients to regional hospitals. Some out-of-town patients would be repatriated to hospitals in their home communities, while a number of London patients would also be moved.

LHSC’s Executive Vice President Carol Young-Ritchie told CTV News London the hospital could not comment on individual patient cases, even with the family’s permission. However, she added that typically the hospital works with families on patient transfers, and if someone believes the system failed, they’re willing to listen.

“We don’t make statements about individual cases but if the family wants to contact me, I’m happy to make sure they get connected to the right people to follow up,” said Young-Ritchie. “You know, honestly, I appreciate this is difficult for families and we’re happy to look into this and see what happened and try to make improvements if we dropped the ball on this. But again, that was not our intent to that family, and we will certainly follow that up.”

As for Sue Morrison, she’s hoping Eugene can be transferred again, but to a closer hospital so she can visit him every day, just as she has for most of the last month.