LONDON, ONT -- The sun is shining on a spring afternoon but the outdoor patio is empty.

"We never thought it would come to this," says Sean Cross, general manager of Kelsey's Roadhouse on Wonderland Road in London, Ont.

'We went to some expense taking time to build a new surround for the patio. We did improvements to our inner patio as well and built a stage for live music that we had booked starting next weekend. So there's a bunch of musicians that were depending on us to help them as well and we were looking forward to working with them too."

Patio season in certain regions in the province was short-lived. It was just a couple of weeks ago where Ontario Premier Doug Ford announced that outdoor dining would be permitted in the grey-restrict zone.

When he took to the podium Thursday Apr. 1, he announced an 'emergency brake' which meant the end of all indoor and outdoor dining in the province.

Ford says 'it was a combination of things' that led to the switch in mid-March. He said local officials were pressuring to get things open and he believed there would be more vaccines available.

"It kills me to cut off the outdoor dining, it does," says Ford who emphasized the extension of provincial grants for restaurants.

"I'm getting calls, my phone's blowing up, and my heart breaks for these people".

He went on to say that patios had been packed since the re-opening and the 'virus took off'.

At GT's on the beach in Port Stanley, Ont. the Gates family was set to open in April for the first time ever. 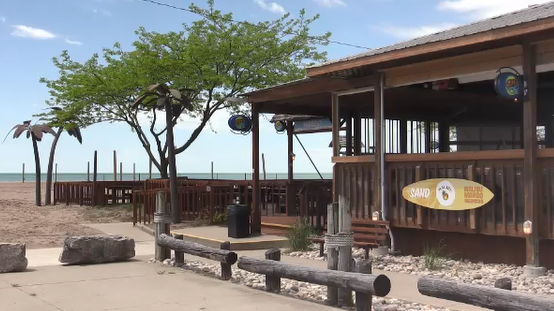 "When they changed to patios open in Grey, that's when we decided to open early," says Carol Gates, GT's owner.

"We thought patios are open no matter the colour but apparently there is a different level. Our heart goes out to the restaurants who stocked up, got open and now are shut down again".

Believing they would be open for a busy long weekend, many businesses stocked up on product.

Many will have trouble moving that food before expiring.

"I urge people to go into their favorite bars and restaurants support them while they can," says Bryan Datoc, owner of Craft Heads Brewing Company in Windsor, Ont.

"I would hope that everyone would get takeout from these restaurants because they probably stocked up for the for the big weekend".

Cross says he's fortunate that the government has supported them well during this time, but he worries for all his staff and suppliers.

"This is a bit of a setback, but we look forward to getting back at 28 days," says Cross.